P.S. In order to publish more blogs (hopefully), I will no longer attempt to post in chronological order! Instead, I will just add date stamps for reference sake 🙂

Before Ramadan officially started this year, we had our last hurrah at Palma Beach Resort & Spa in Umm Al Quwain. 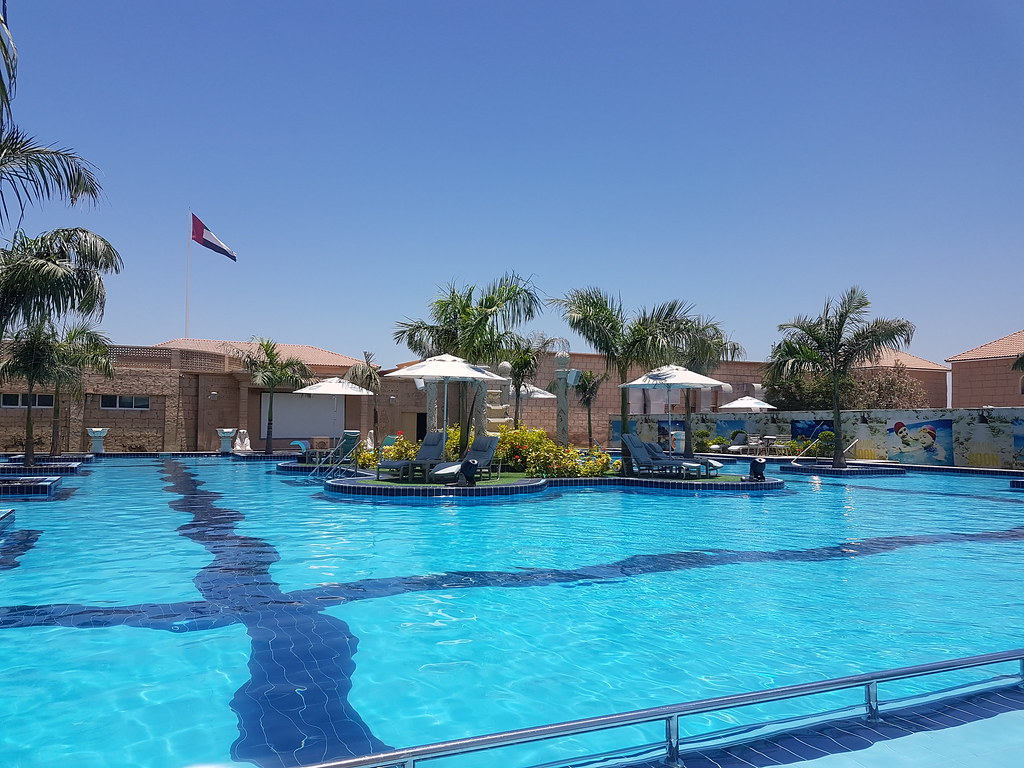 We started the day with brunch at La Mesa Restaurant, DCC… 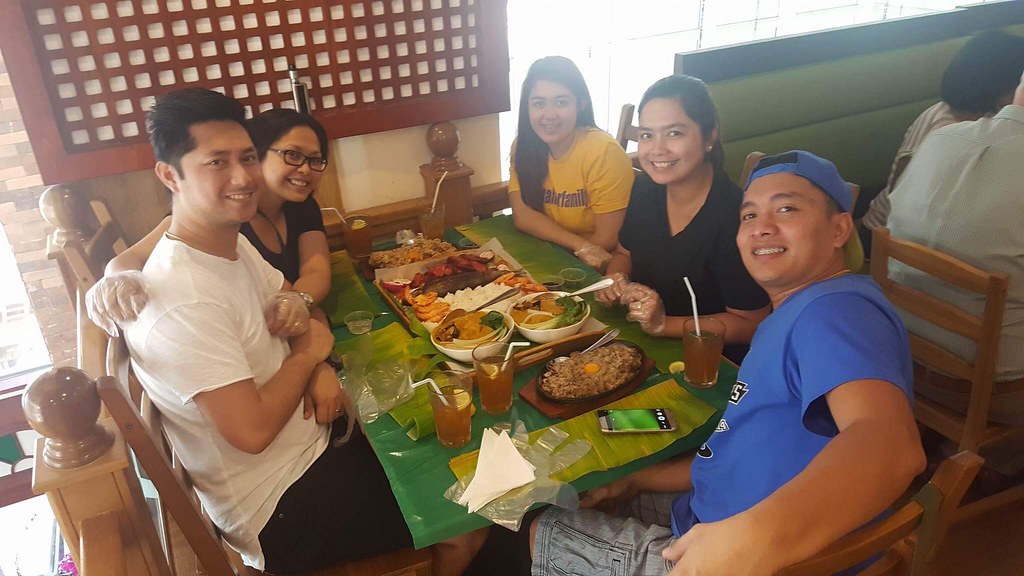 lunch out before Ramadan 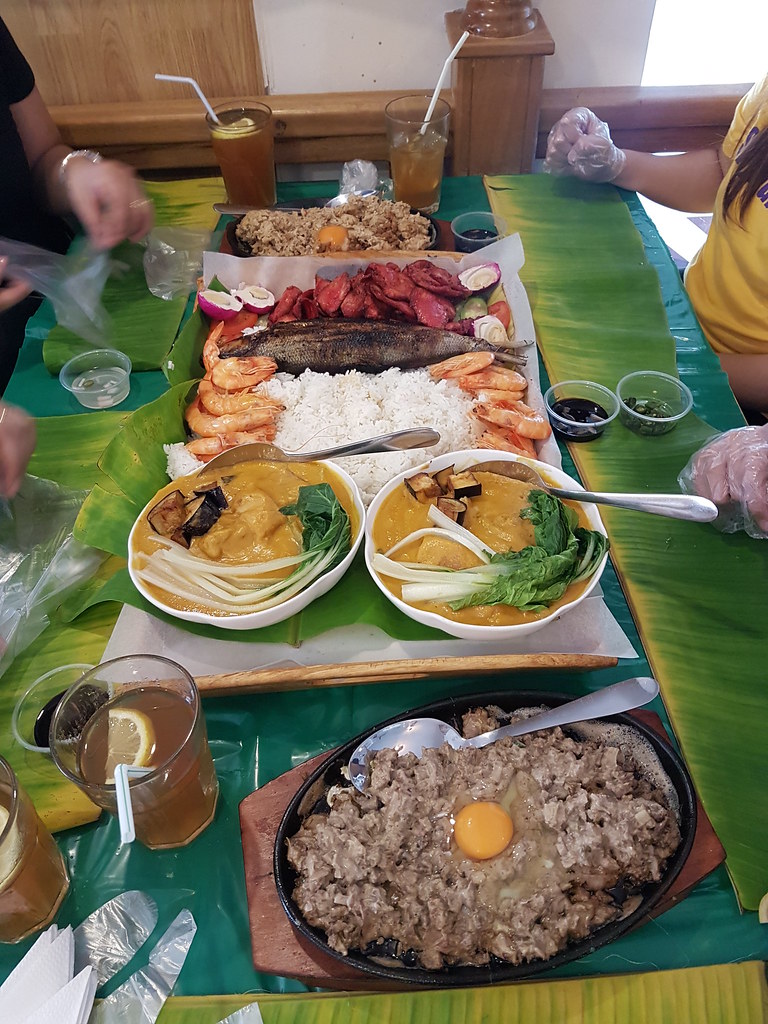 After lunch, we had a spontaneous decision to hit the beach. We haven’t been out for a long while so everyone was up for it. But then came a better idea — why don’t we find an affordable hotel and go for an overnight trip instead?

After few clicks, we managed to book a room at Palma Beach Resort via Agoda. We availed of their Deluxe King room with pool view for AED450 incl. taxes.

We first went home to pack some clothes. After 15 mins. we were already on our way to Umm Al Quwain.

Locating the hotel was easy, thanks to google maps 🙂 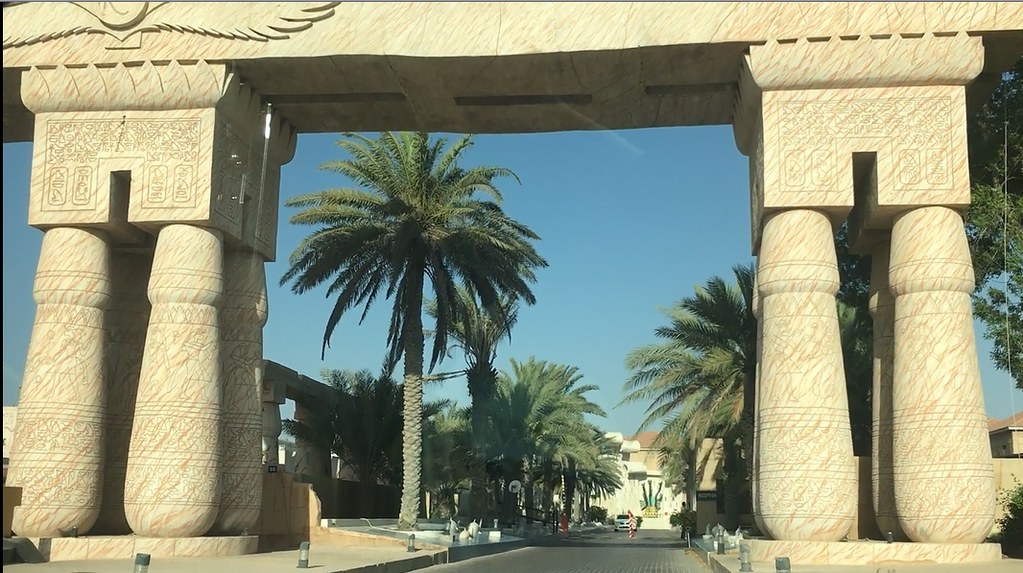 Before letting us in, the guard on duty asked for our booking confirmation and IDs. Yes, everyone was required to present their IDs! He then handed them over to reception which was located on the opposite door. We were a little worried that they wouldn’t allow five of us to share one room but eventually felt relieved when they confirmed that it was fine. Whew!

Anyways, we were assigned Villa No. 47 which was located on the 2nd floor of a 2-storey villa (The lower room had direct pool access) 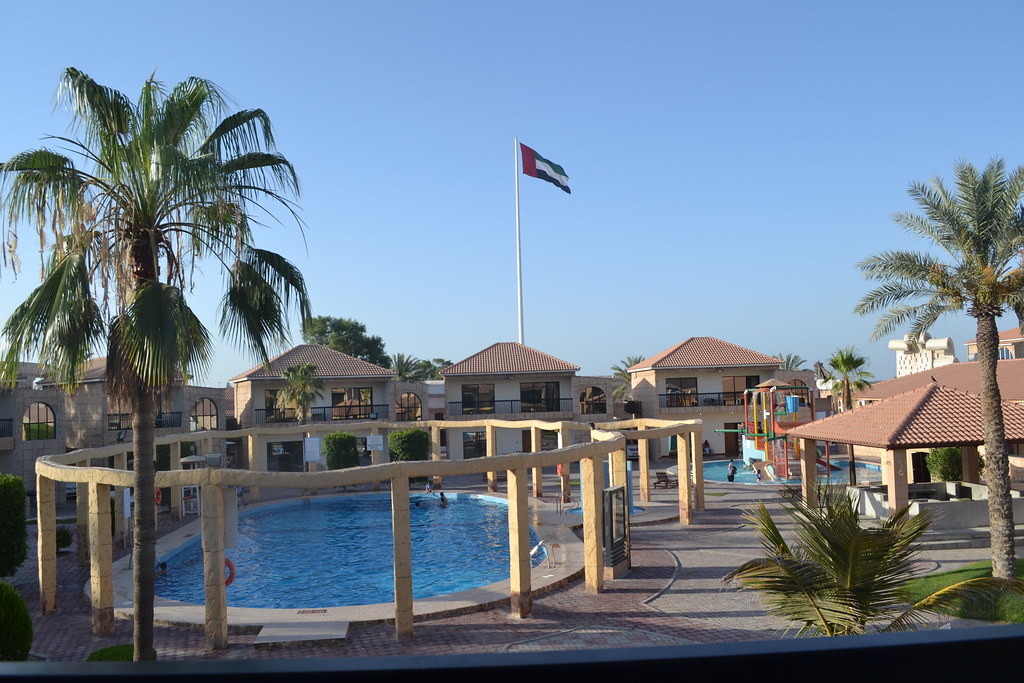 view of their 9 ft deep pool & the kids water playground

Our room was really spacious; perfect for big groups. Our only complaint was the AC which suddenly conked out at 4 in the morning! They immediately sent us a maintenance guy but he wasn’t able to fix it properly. Because of this, we were granted late check-out the next day. 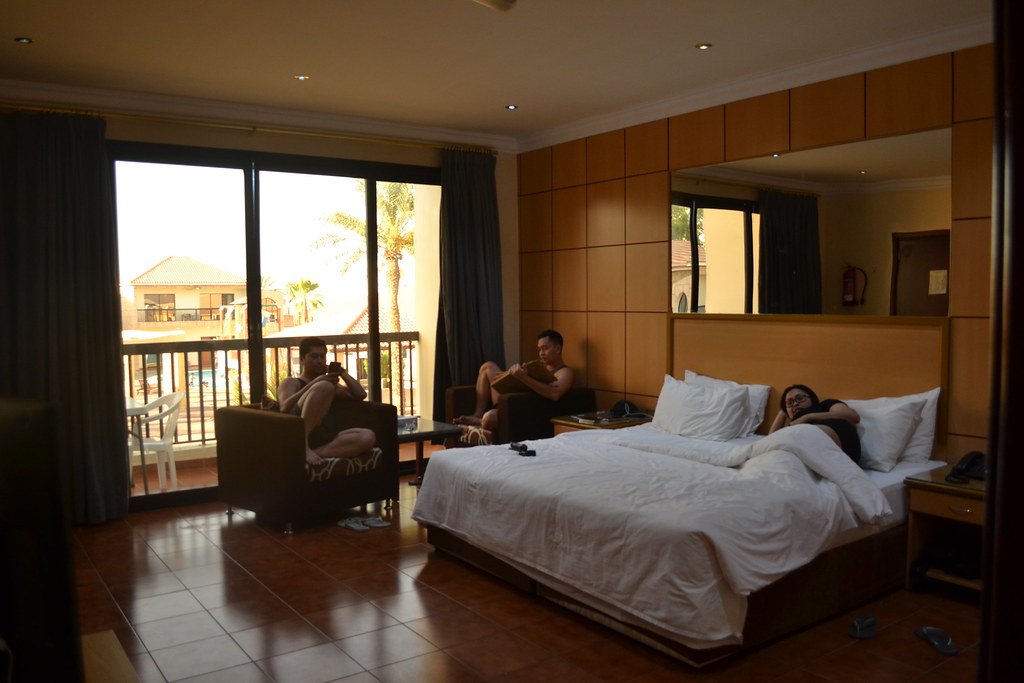 Villa 47 has a king bed, very spacious bathroom & some toiletries, veranda, and all other basic stuff that you would normally find in other hotels. 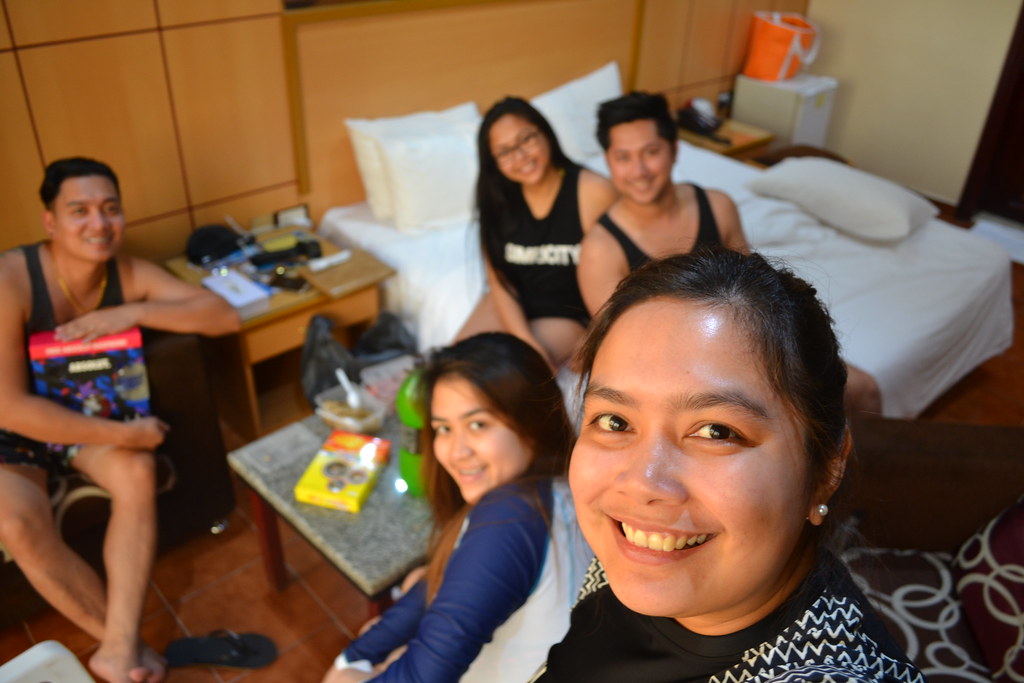 After checking in, we still had ample time to relax before exploring the resort.

Before sunset, we walked around and found the beach.

Honestly, it wasn’t as impressive as other beaches in the UAE. The villas were nice though. I loved that each had grilling stations infront. 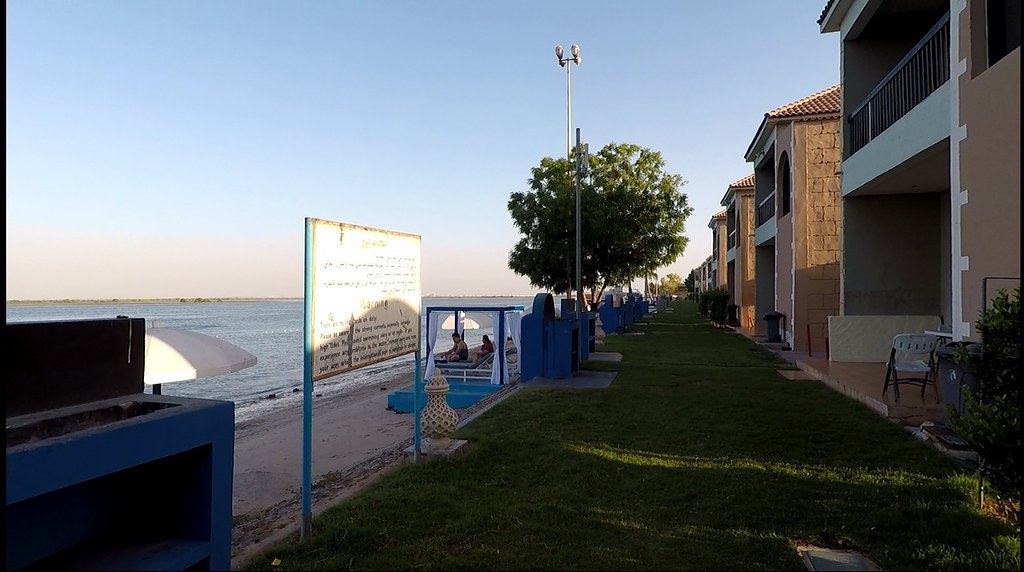 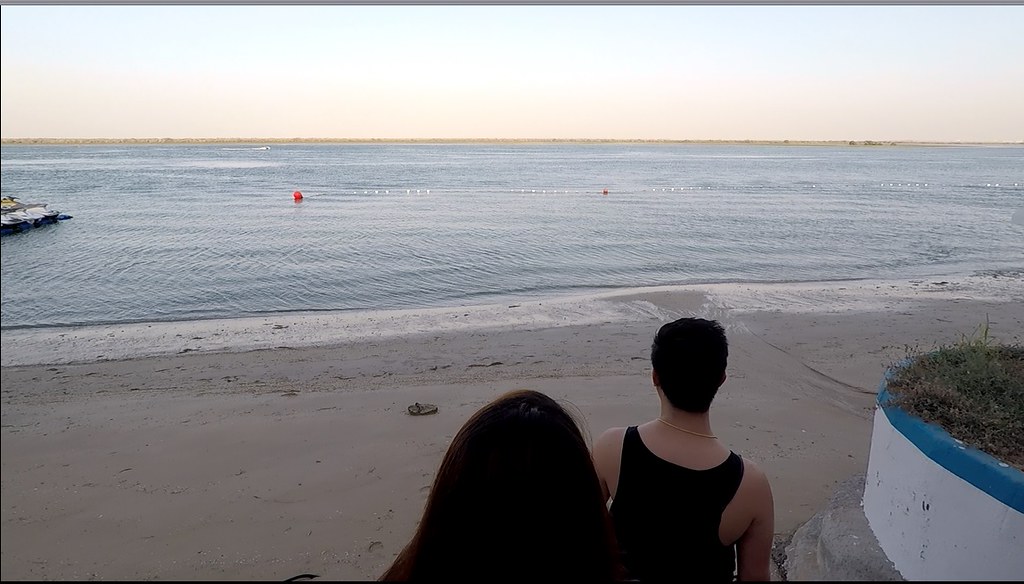 Then we checked out the main pool. It was huge…and pretty! 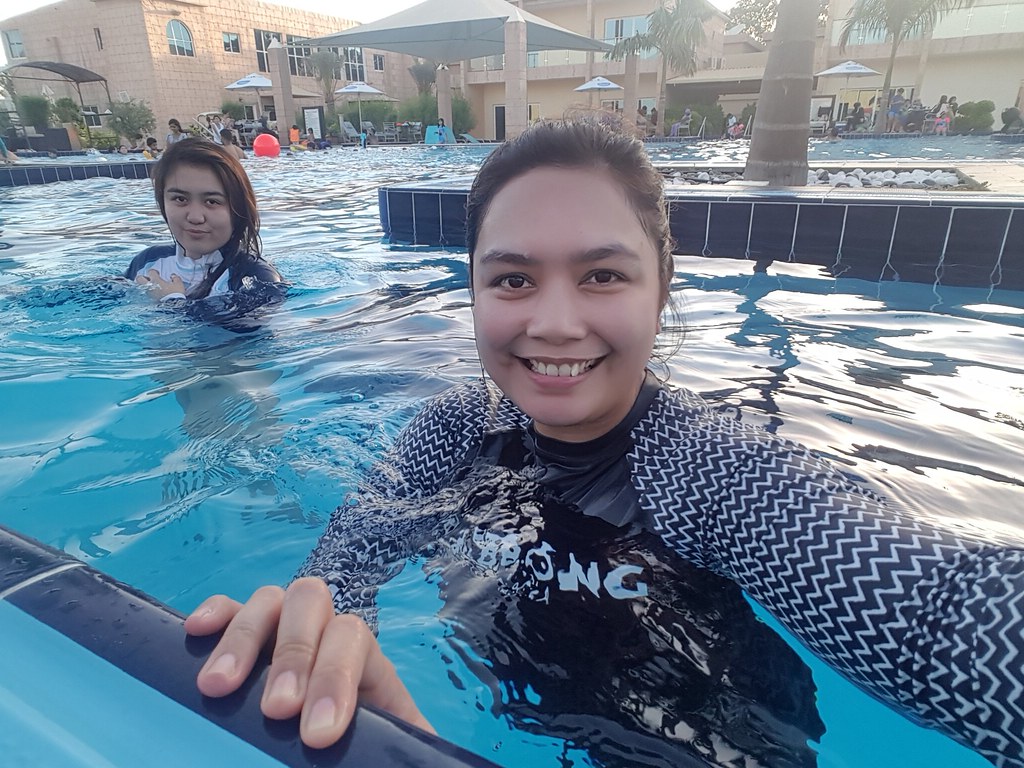 Of course, we had to take selfies 🙂 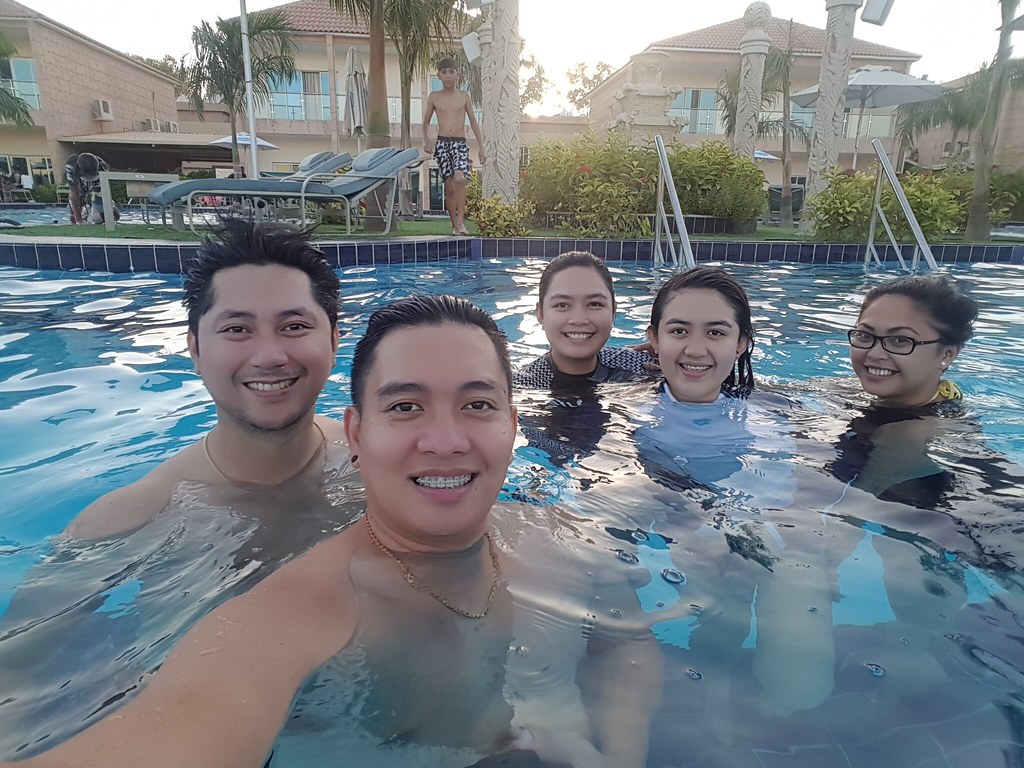 When it was dark enough, they turned the lights on…Nice! 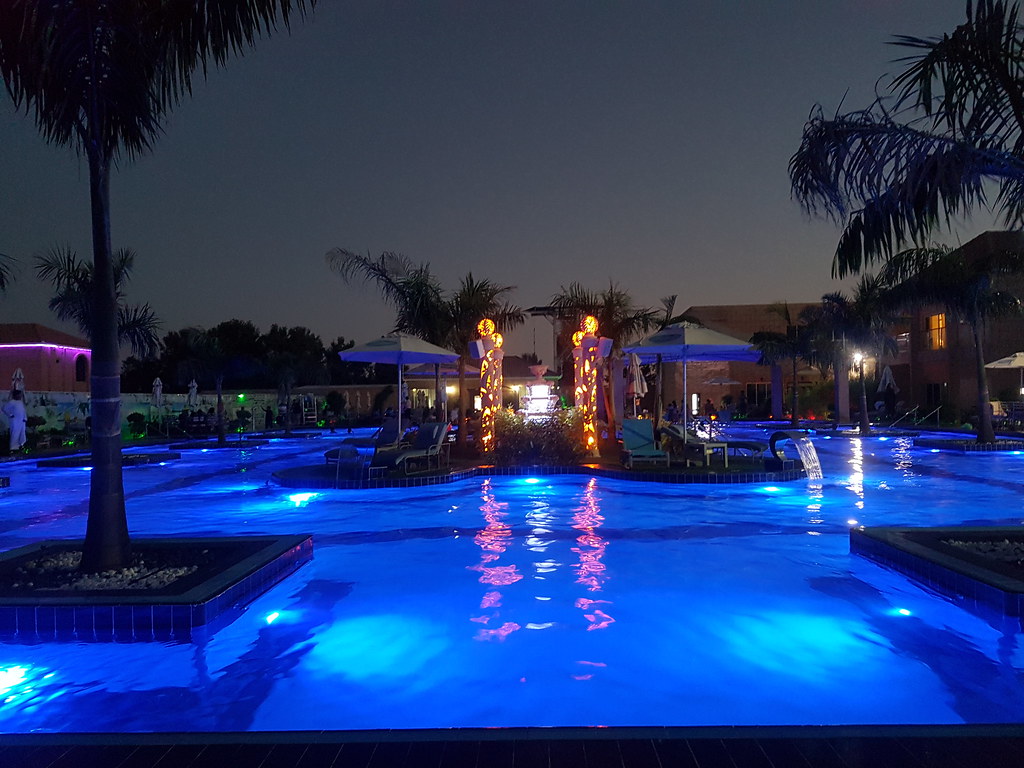 By this time, it was only our group and few people left so sinulit namin. FYI, guests can swim until midnight 🙂 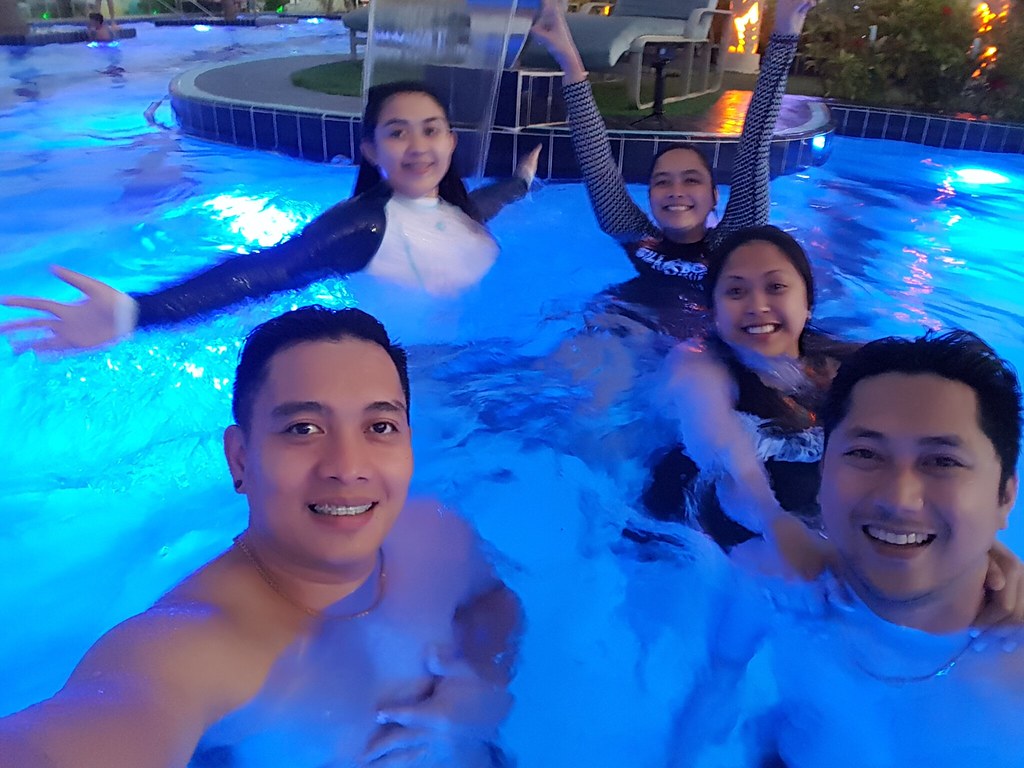 We ordered KFC for dinner and had few drinks before calling it a night.

Next morning, we had buffet breakfast at the hotel’s restaurant. The choices were enough to fill our tummies. I was also surprised to see some Pinoy staples like sopas & pansit 🙂 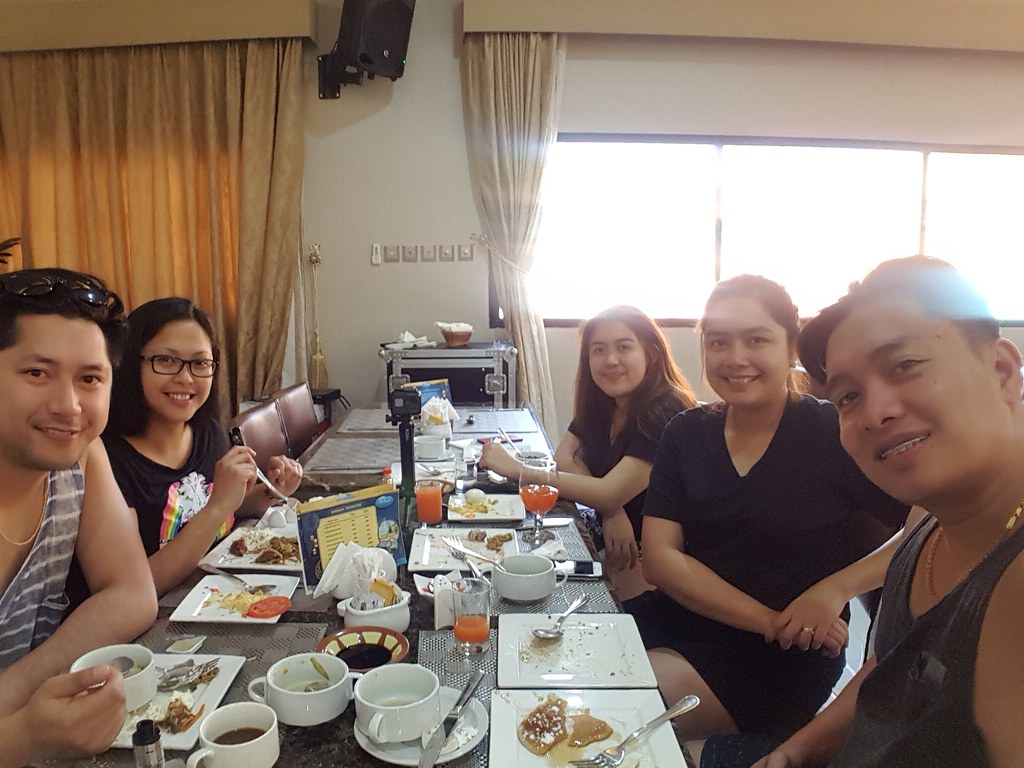 After breakfast, we went swimming again. Either it was too hot or because it was first day of Ramadan, we had the main pool all to ourselves. 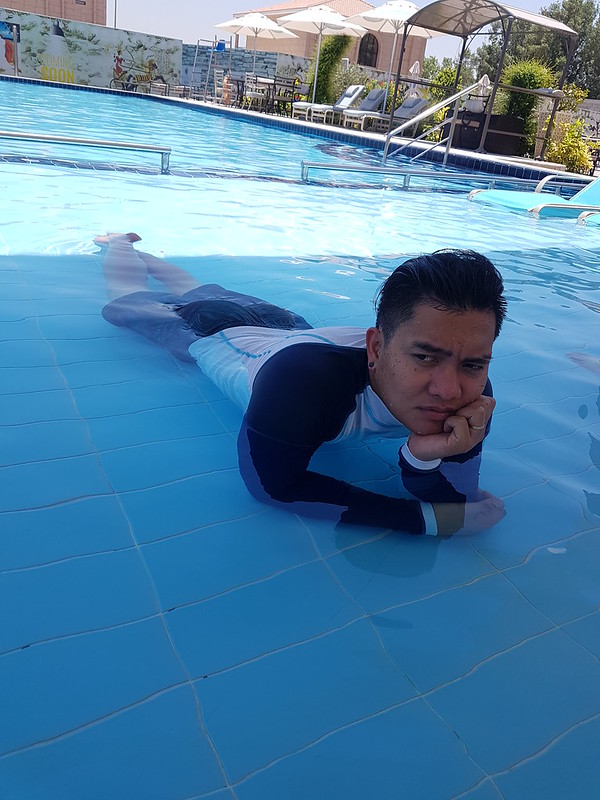 Do you also believe that unplanned trips often turn out to be the best ones?? 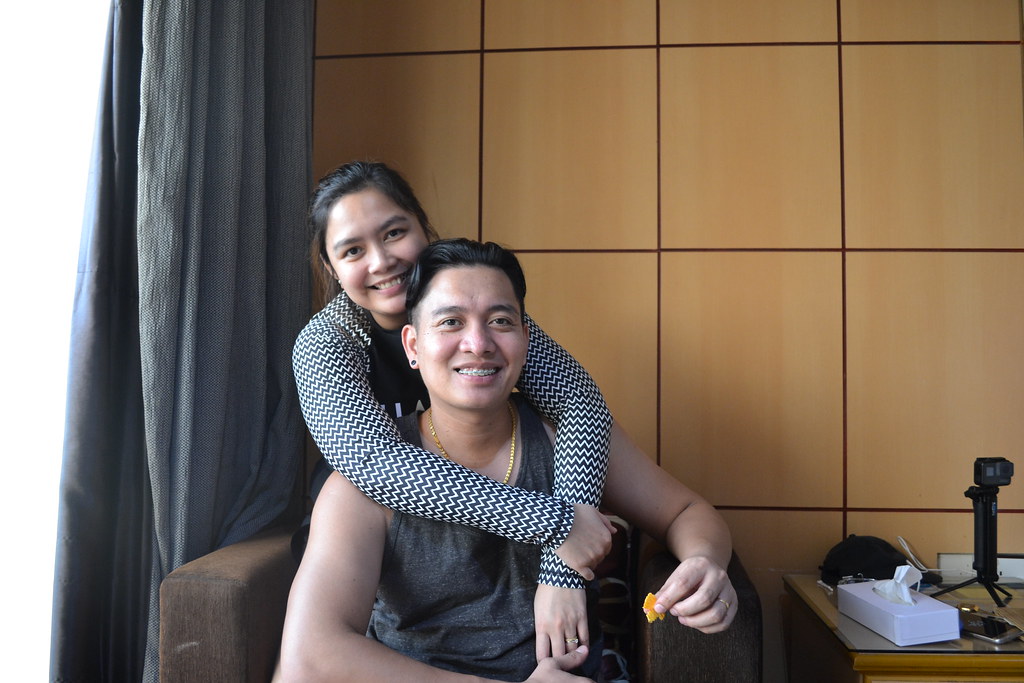