From Nyhavn, I rushed my way to Amalienborg Palace to catch the changing of the guards ceremony at 12 noon. It would be my first time to see such so I really scheduled my day around it. 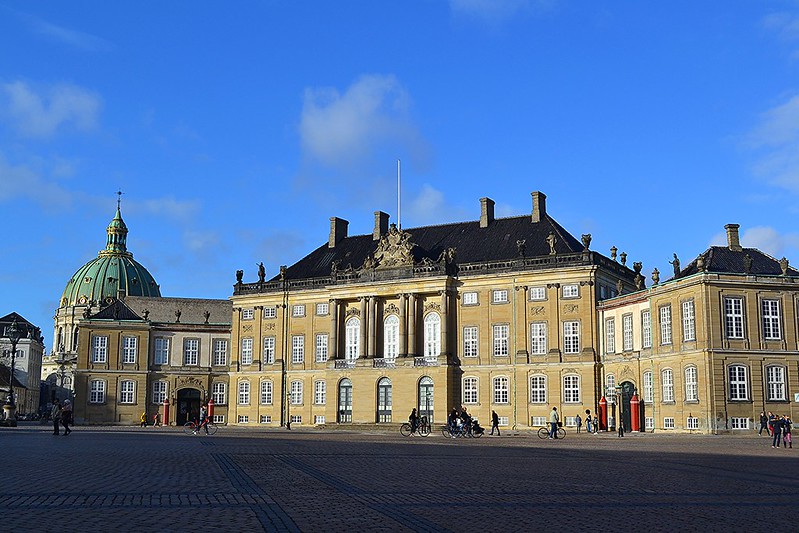 One of the four palaces at Amalienborg

Amalienborg, which is made up of four identical buildings, is considered as the official residence for the Danish Royal Family. The palaces are built around an enormous courtyard with an imposing statue of King Frederik V at its center. 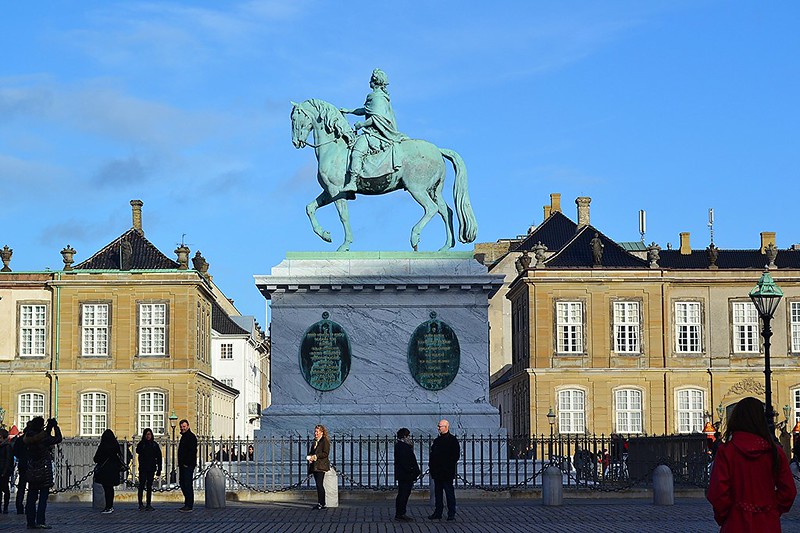 King Frederik V was Denmark’s ruler in the mid-1700s 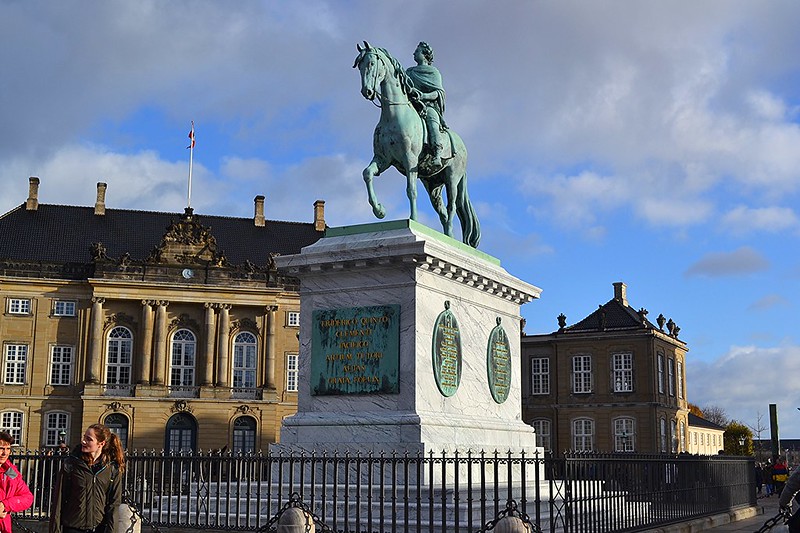 Each of the palace doors are safely manned by one to two royal guards. Everyday, there is a changing of the guard ceremony taking place at noon regardless of the weather (rain or shine!). 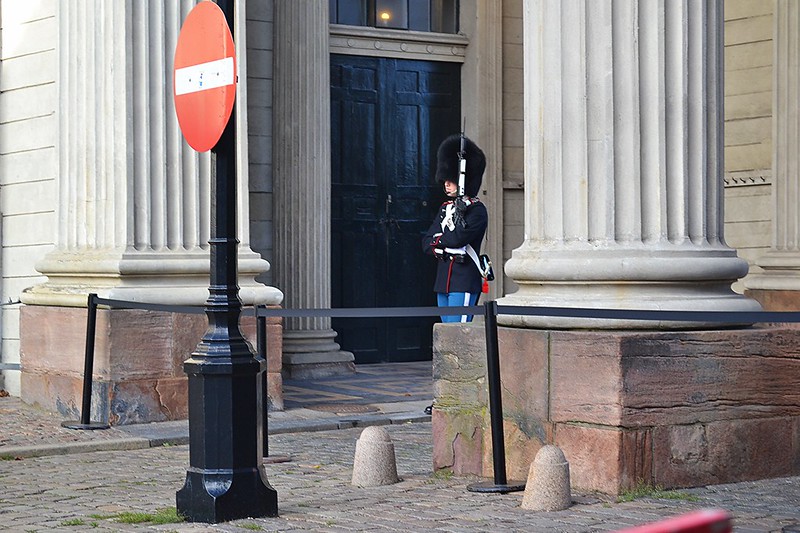 duty almost over. A royal guard intently manning his post

Around 11:3o every morning, the guards  march along the streets of Copenhagen, starting from Rosenborg Castle and reaching Amalienborg at exactly 12 noon.

The actual routine at Amalienborg normally lasts for 20 minutes and is watched by throngs of tourists and locals. 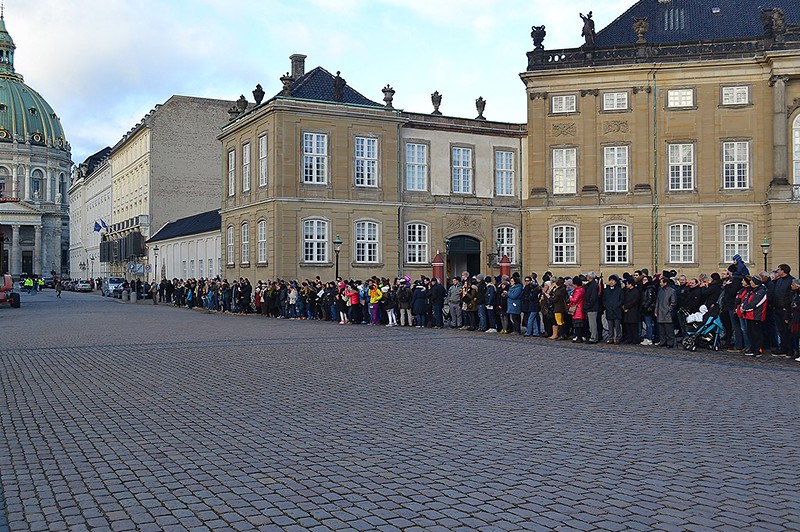 My co-spectators waiting for the royal guards

The courtyard is quite enormous so visitors don’t need to worry about finding a nice spot to watch from. The guards also march from one building to another so no matter where you stand, you will still be able to witness their routine up close 🙂 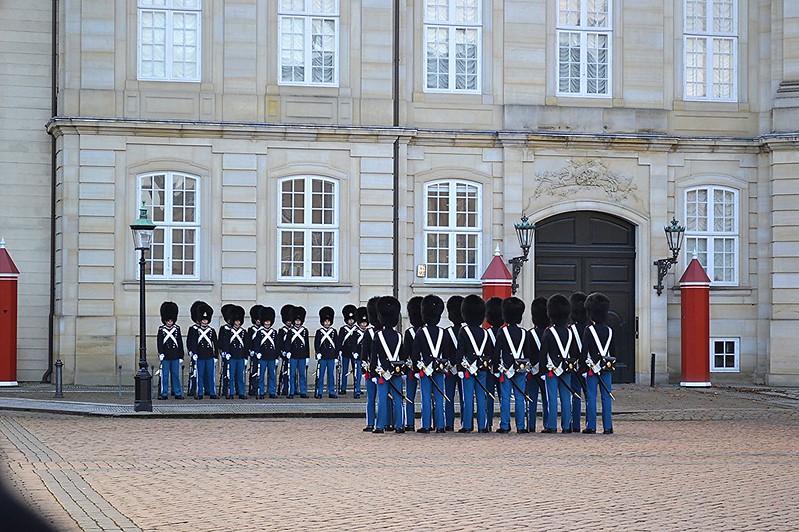 The routine that day is called palace watch. It is the simplest ceremony and is done when no members of the royal family are present in the palace.

It would have been nice to witness king’s watch (when the Queen is home) or lieutenant watch (when the other family members are in residence) as both routines have bigger entourage and are usually accompanied by music and a marching band. 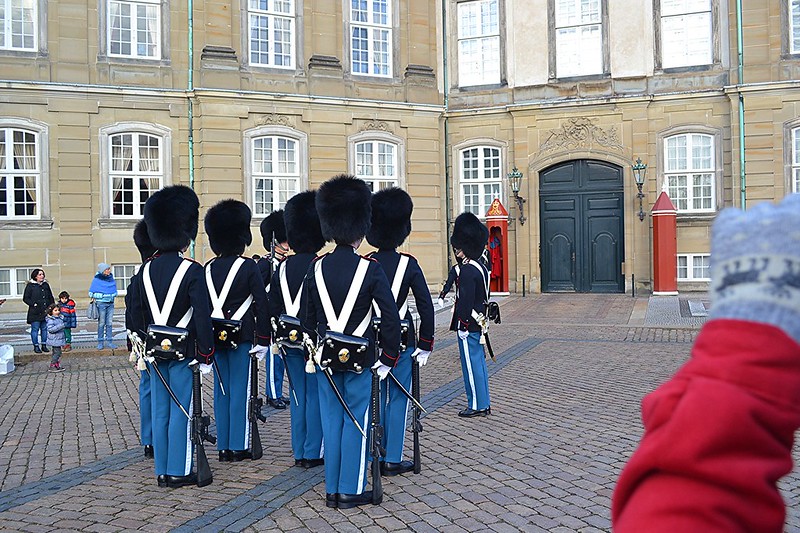 There are also special occasions (like the Queen’s birthday) when the guards would wear their red uniforms instead of the usual dark blue. 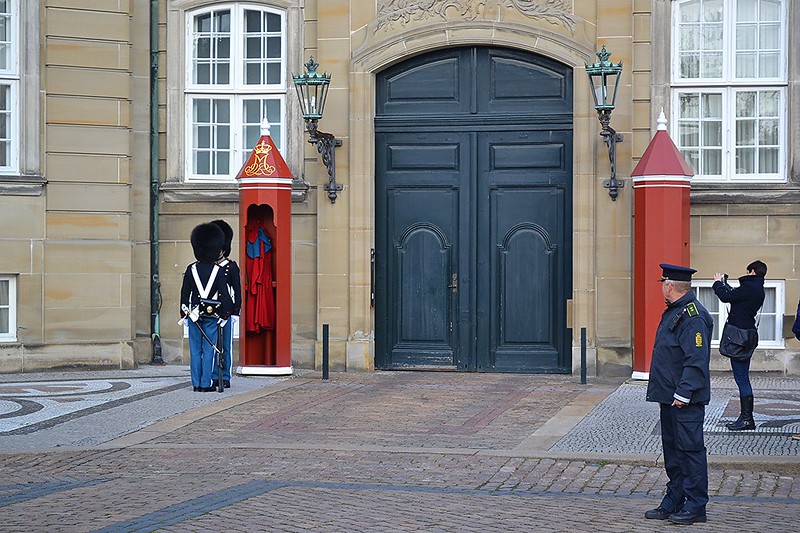 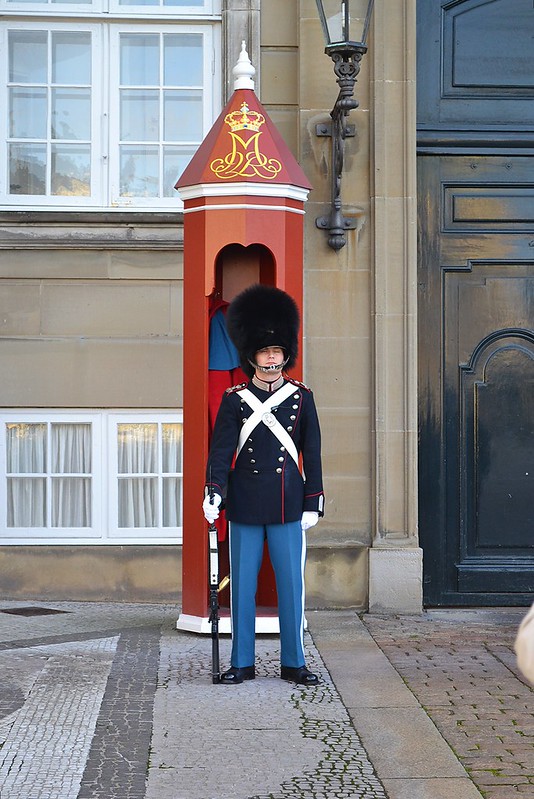 Just a reminder — even though visitors are allowed to be as close and take photos of them, it is not allowed to talk to or touch the royal guards. 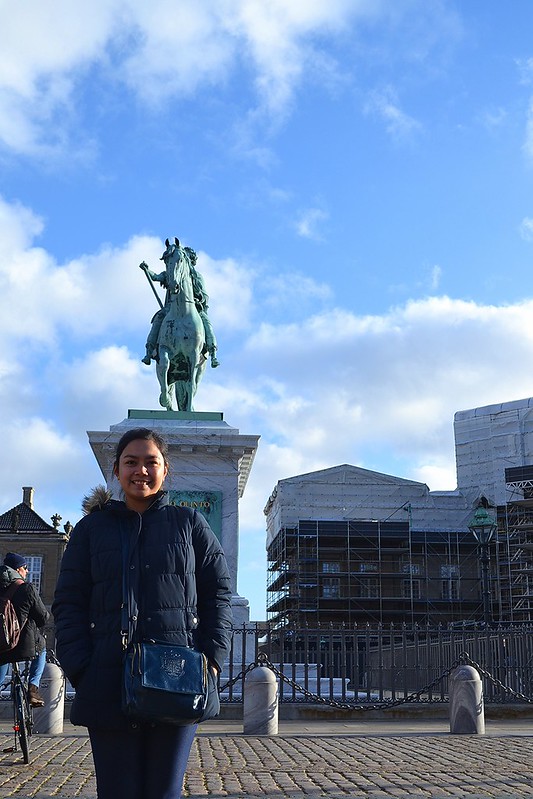 With or without spectacles, changing of the guards at Amalienborg Palace is definitely worth watching for.

Up next: The Little Mermaid

4 thoughts on “Copenhagen – Changing of the Guards at Amalienborg Palace”