If there’s one place in Copenhagen I was most excited to see, it was definitely this one… 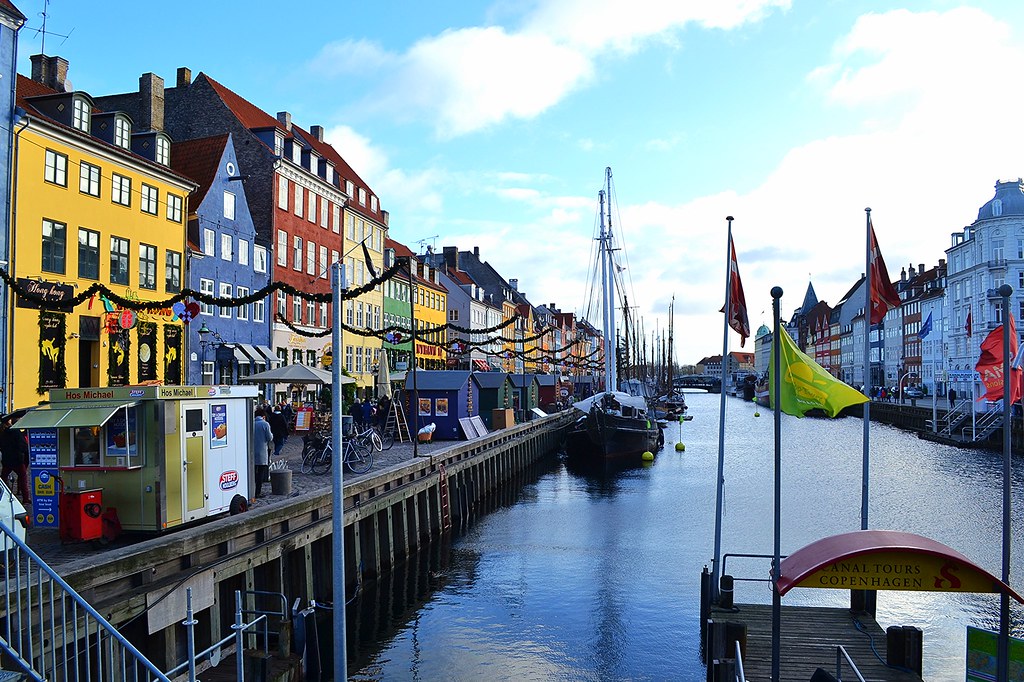 The colorful street of Nyhavn

Nyhavn (New Port) was originally a busy commercial port where ships from all over the world would dock. The area was packed with sailors, ladies of pleasure, pubs and alehouses.

Today the beautiful old houses have been renovated and classy restaurants dominate the old port. Nyhavn is filled with people enjoying the relaxed atmosphere by the canal, jazz music and great food. – VisitCopenhagen 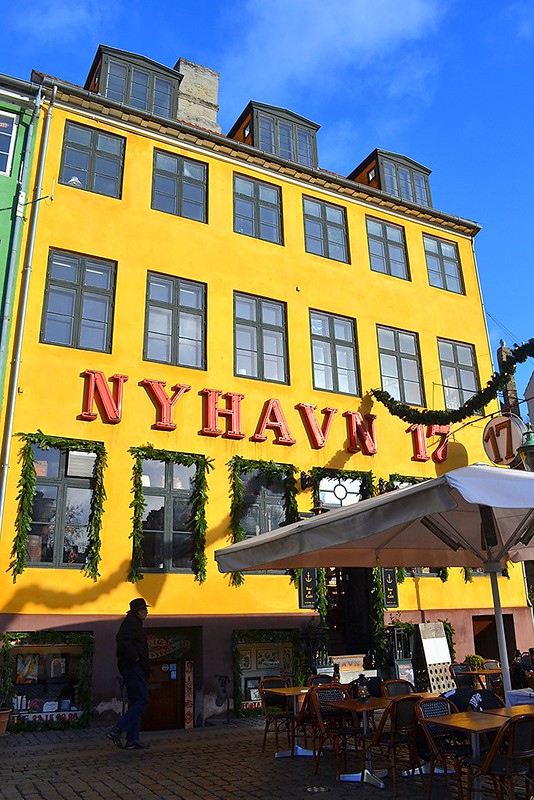 FINDING MY WAY TO NYHAVN

From Christianshavn, I took the metro towards Vanlose and hopped off the next station — Kongens Nytorv. 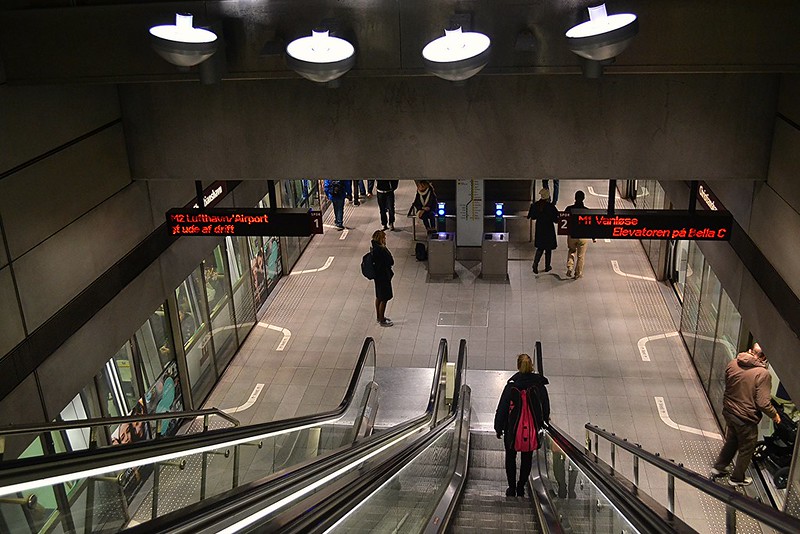 I panicked upon realizing that it was almost 11 am.

I wanted to have brunch at Nyhavn, but at the same time, I also had to be at Amalienborg Palace for the changing of the guards at 12 noon. Not enough time considering the fact that despite thorough research and a printed map, I was still clueless on how to find my way around. (Clearly, navigation is just not my cup of tea.)

In the end, I just decided to give Nyhavn a quick look then go straight to Amalienborg then just go back to Nyhavn if I had spare time in between.

And since I was seriously running out of time, I had to resort to the more convenient way of asking people for direction. 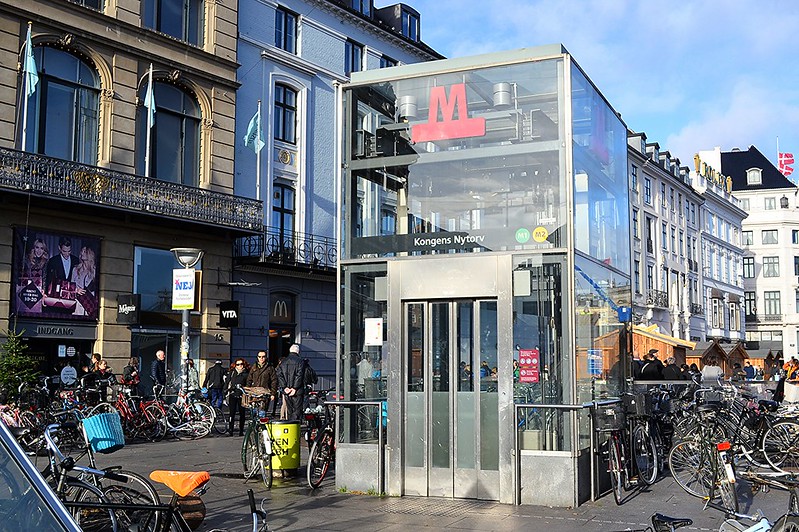 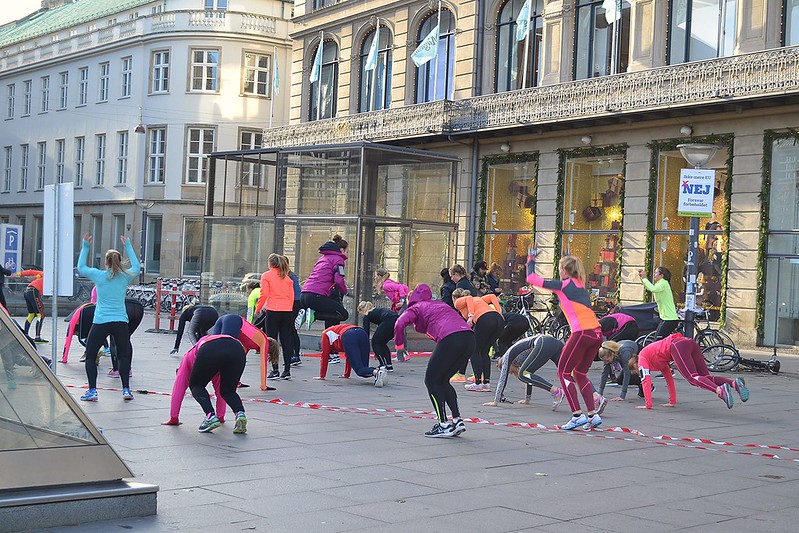 If only I could be as fit as these ladies. hehe 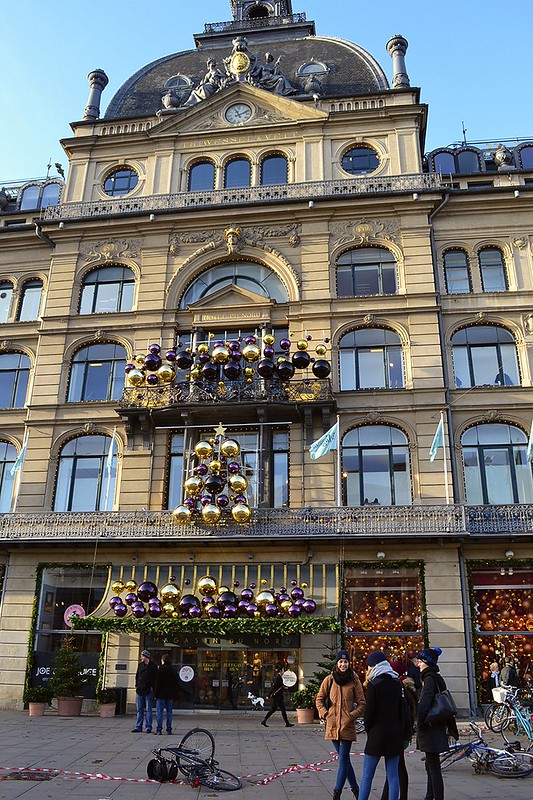 Thanks to the good-hearted citizens of Copenhagen, I finally reached my first destination! 🙂 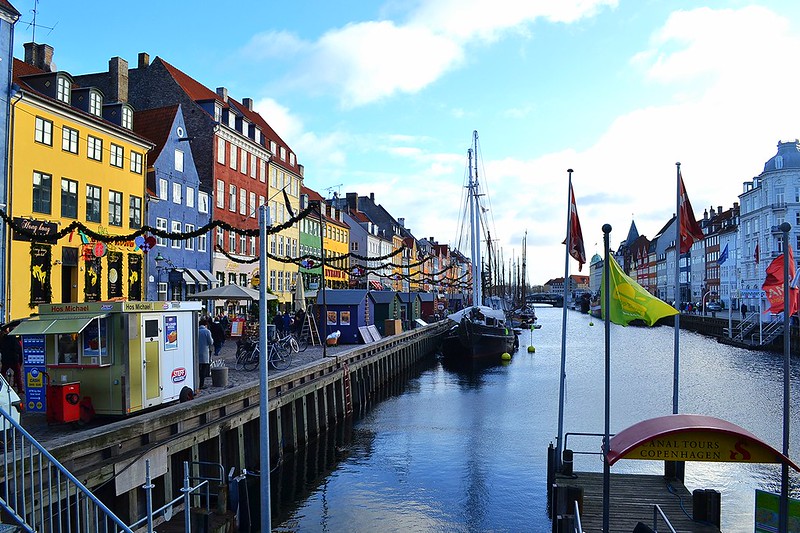 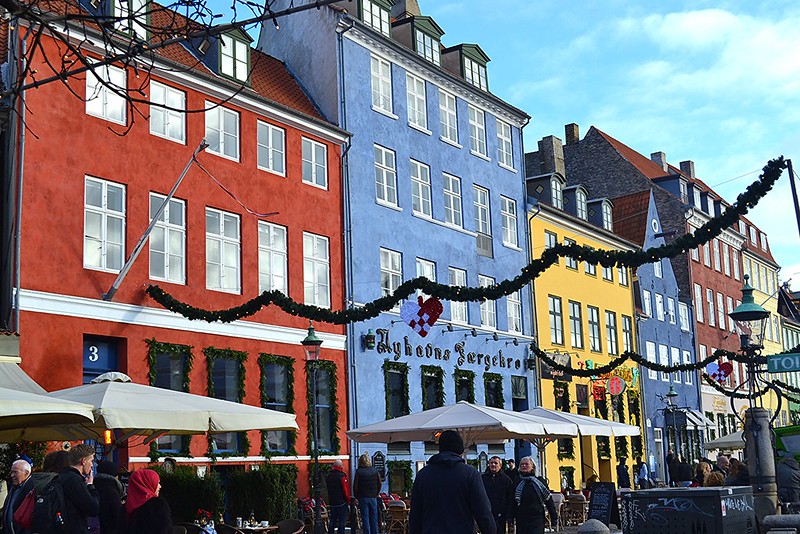 closer look at the colorful buildings 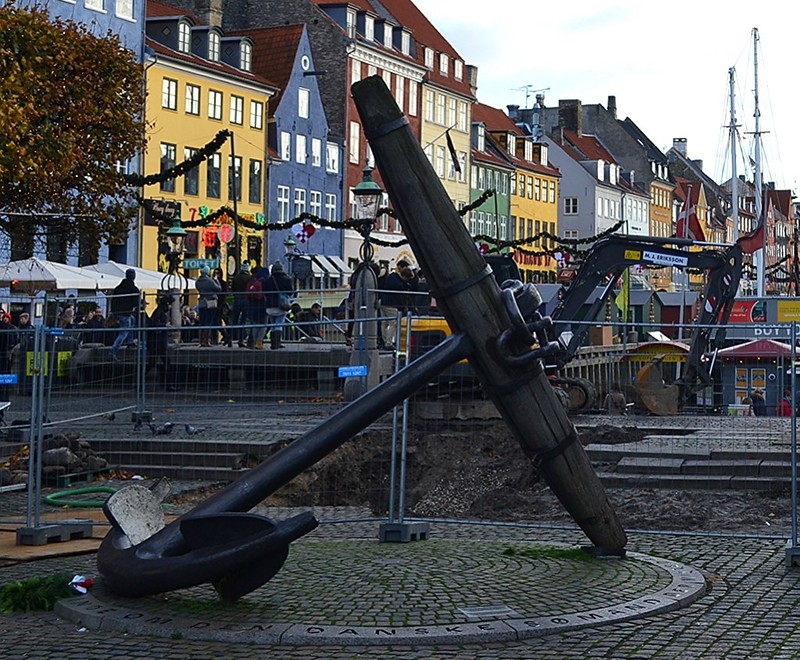 This is a memorial anchor dedicated to the more than 1,700 Danish officers and sailors who sacrificed their lives during World War II

As expected, the place was packed with locals and tourists alike. There were also food carts, restaurants and bars everywhere.

Here’s a trivia: Nyhavn is referred to as “the longest outdoor bar in Scandinavia”! 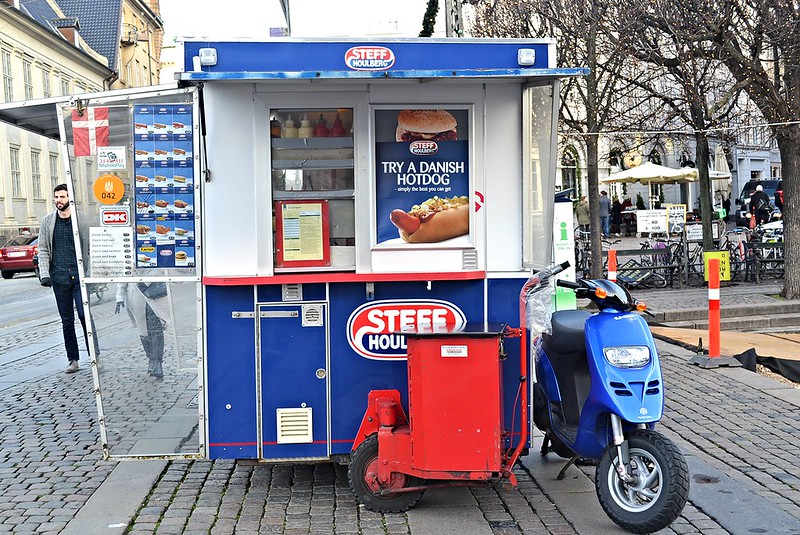 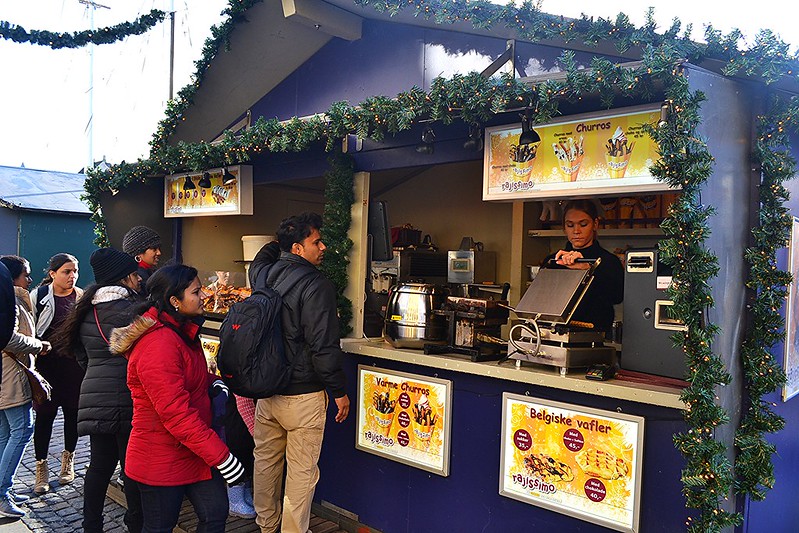 If I had time, I would have wanted to sit here for hours and enjoy my coffee… 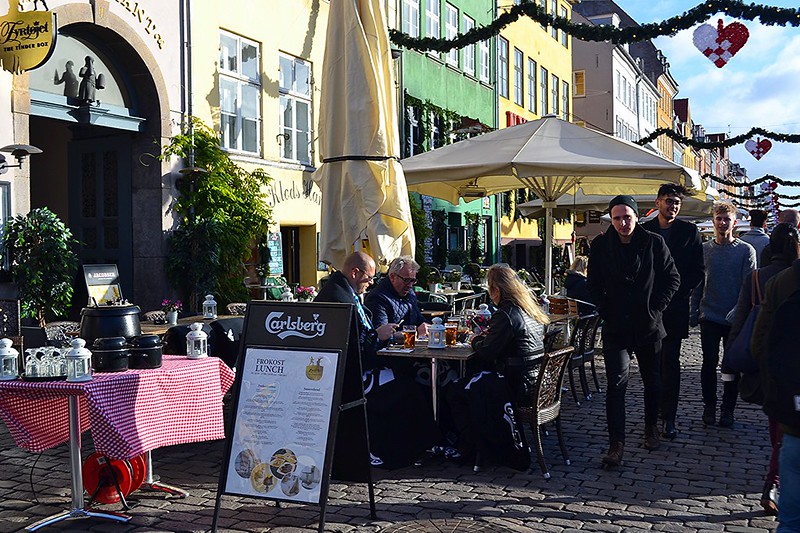 Or maybe drink beer with these locals?? 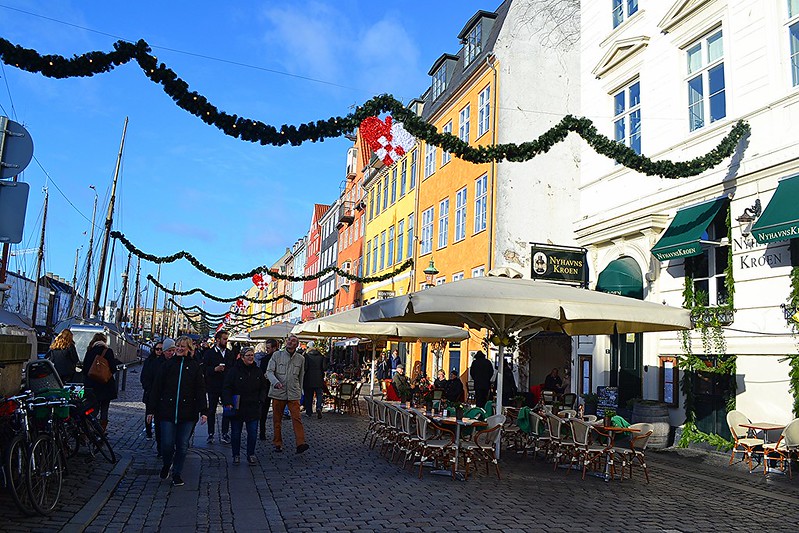 If Nyhavn was already buzzing as early as 11 am, imagine how much livelier it gets during the evening!

Aside from restaurants and bars, Nyhavn is also home to picturesque residential buildings, historical museum ships, and even lavish mansions! 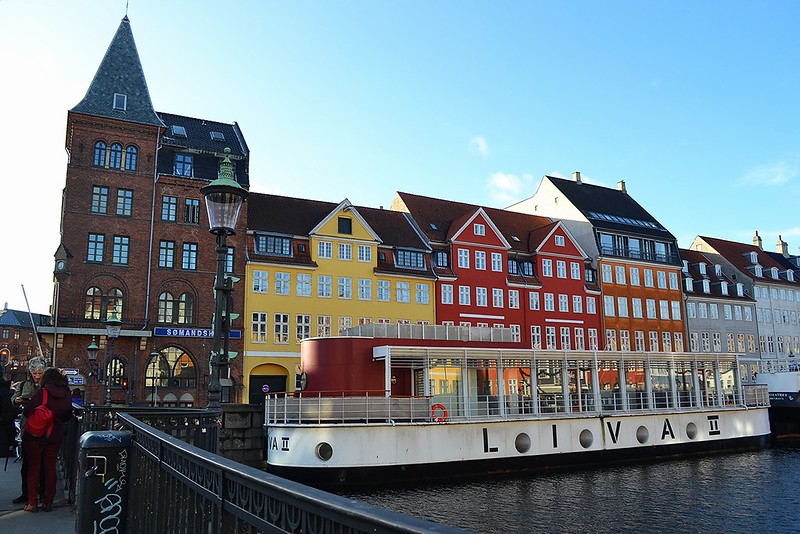 Nyhavn is definitely a must see when visiting Copenhagen. Unlike me who barely had half an hour to explore, make sure you have enough time in order to experience everything it has to offer! 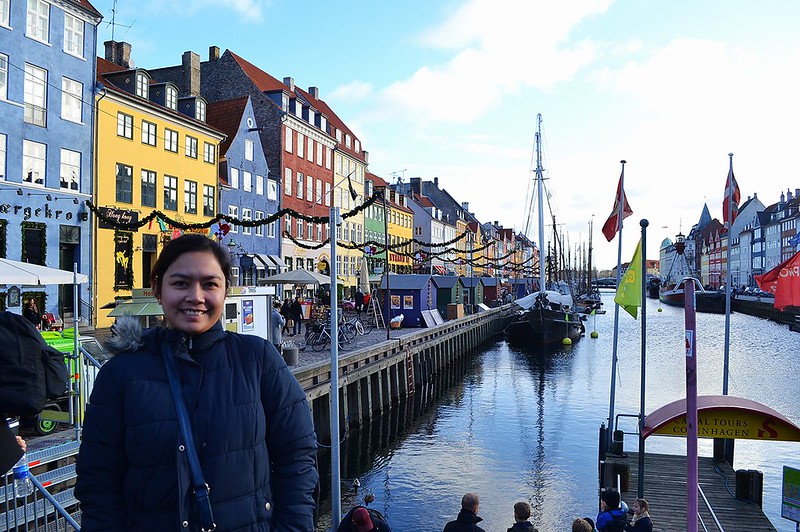 Well atleast I got this nice photo to keep =)

(Up next, changing of the guards at Amalienborg palace)

One thought on “Copenhagen – 50 Shades of Nyhavn”