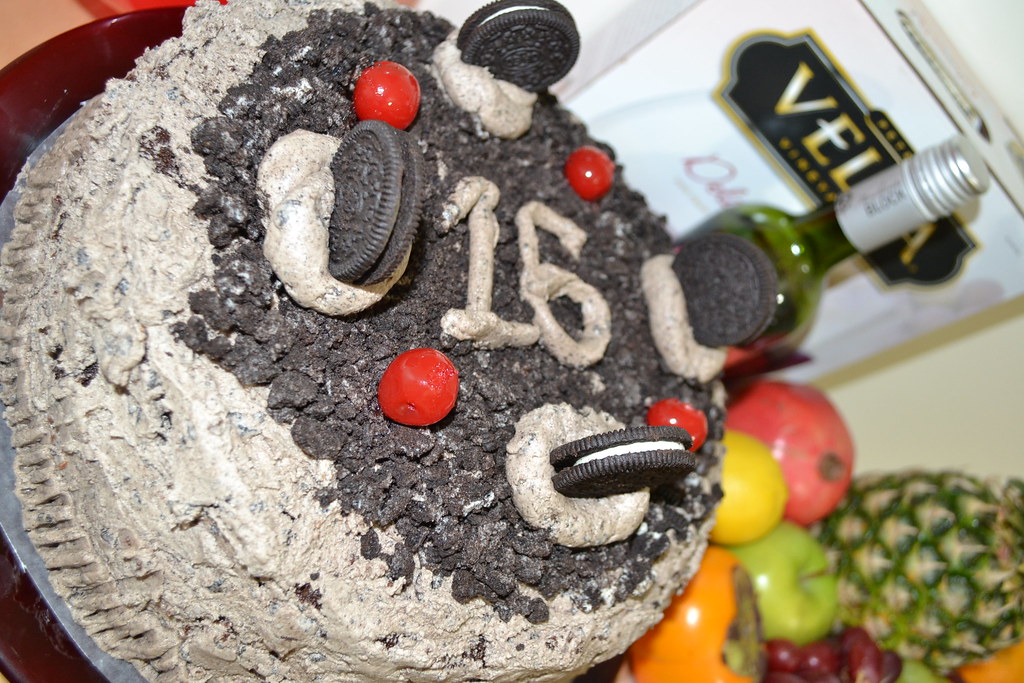 We wanted sana to be a little adventurous and initially planned to spend New Year’s eve watching Burj Khalifa’s fireworks up close. However, nung naisip namin yung dami ng crowd and hirap sa pag-uwi, we decided against it nalang and just stayed home instead. 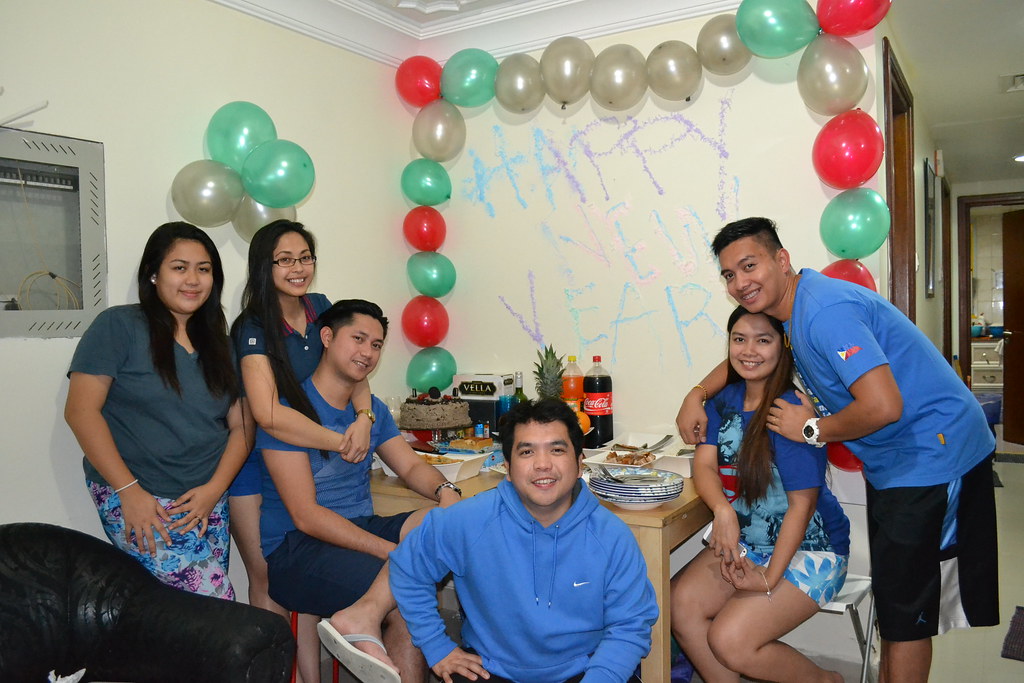 While others welcomed 2016 on the streets, here we are at home comfortably watching it all live on TV. hehehe

Good thing we did because by 10 pm, we were shocked to see that The Address Hotel was on fire! Buti nalang walang nangyaring stampede and tuloy parin yung fireworks display. Otherwise sayang yung effort ng organizers. I heard it took 6 months for them to prepare and for sure they spent quite a fortune to make it all happen.

Anyway, in case you missed it, here’s a 7-minute clip of Dubai’s most talked about New Year’s Eve fireworks extravaganza.

Amazing to see the fireworks trail running from Burj Khalifa to Burj Al Arab then to JBR. Ang galing!

To keep up with tradition, we made sure we had fruits, malagkit, coins, salt, and bigas on the table. For our Media Noche, we cooked sweet & sour fish, lechon kawali, pansit palabok, cheese dynamite & grilled chicken. I also baked an Oreo chocolate cake for dessert. 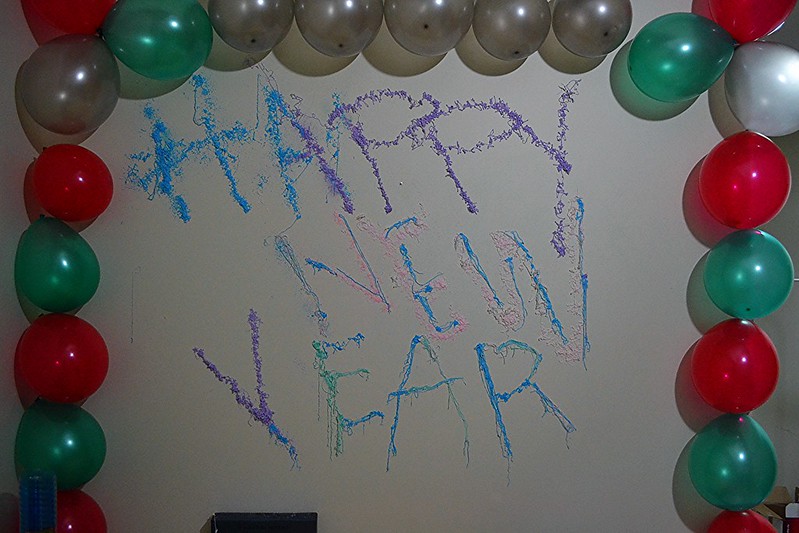 Our ‘messy style’ backdrop made of party sprays 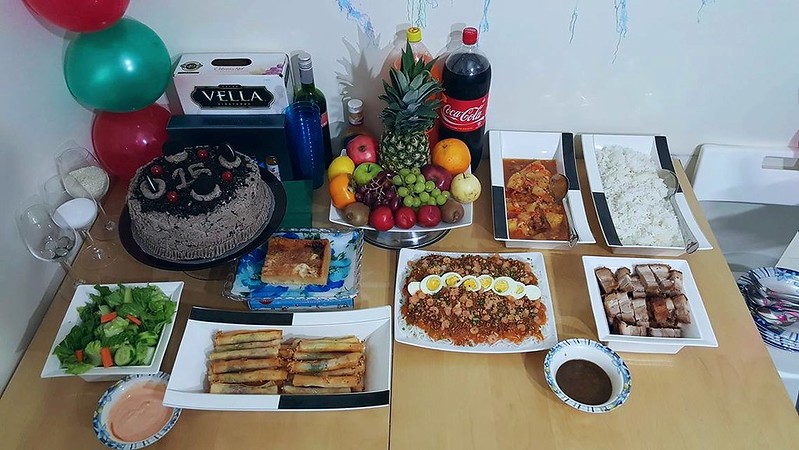 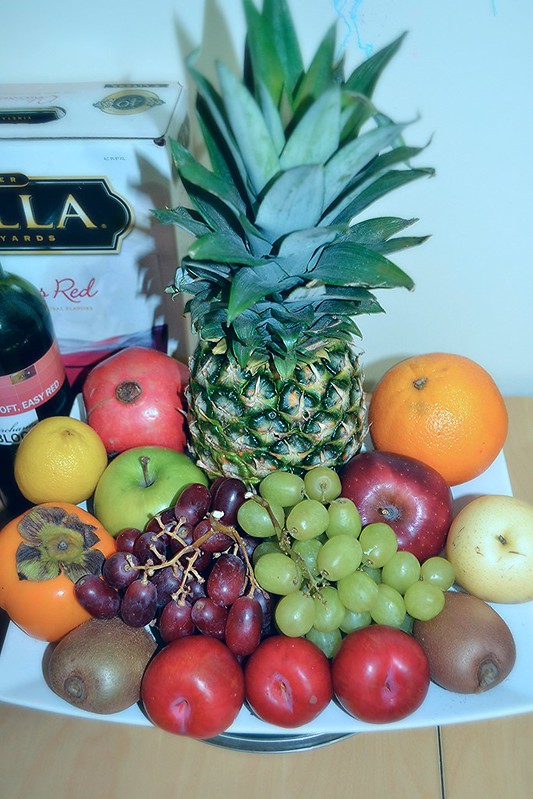 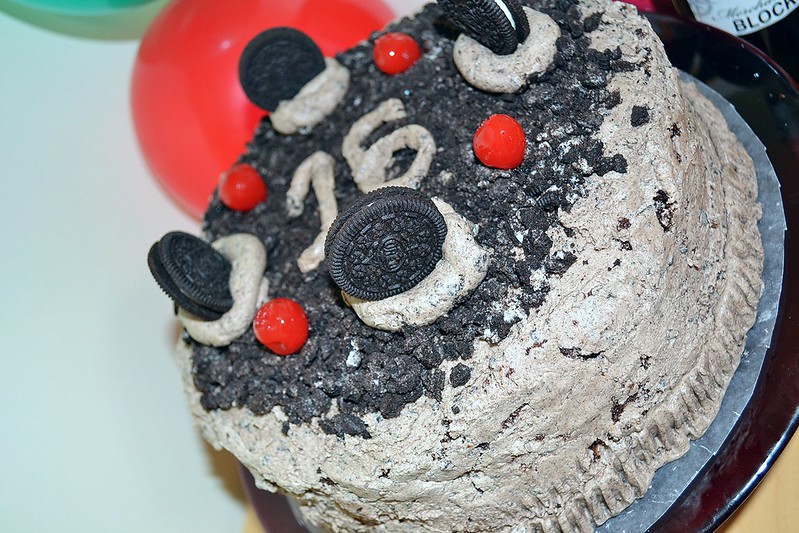 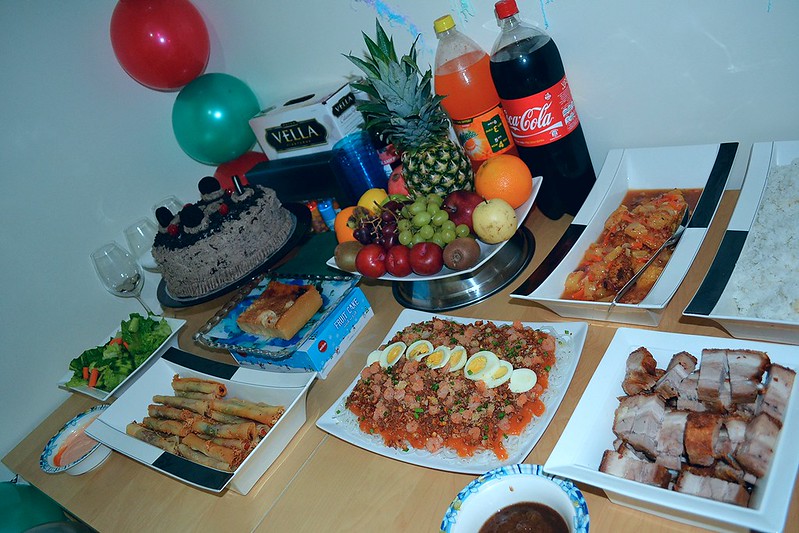 Our first meal of the year 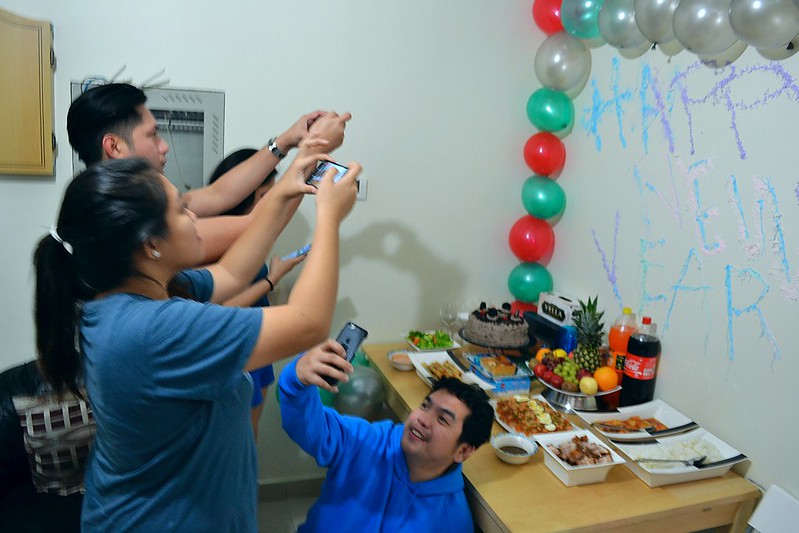 And first selfie of the year 😉

Few minutes before 12, we opened all doors and windows, turned all the lights on and pumped up the speakers’ volume (para daw pumasok ang swerte). We then gathered by the TV and waited for the countdown to begin…. 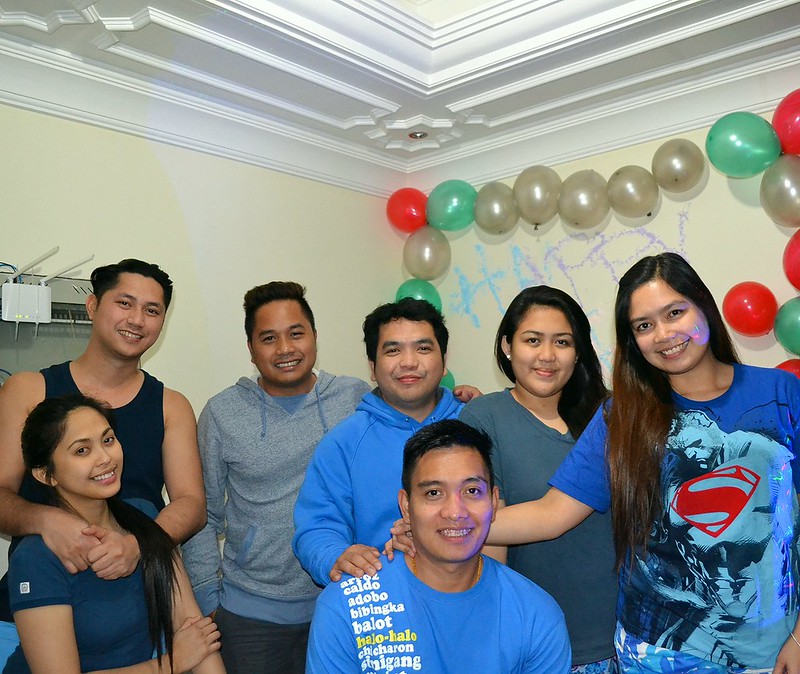 Chenko did not answer, tinatype na pala yung sagot sa phone nya. He then showed it to Gino discreetly.

When they reached the final 10 seconds, Chenko couldn’t help it anymore so nag-ala Yaya Dub sya and mouthed the word “Es-pan-yol” discreetly…

2015 was kind of bitter-sweet for me. It was when I got engaged, got married, travelled to places, etc. However, it was also the same year when I lost someone so dear 😦 Akala ko hindi nako makakabangon from that painful loss. Pero with God’s grace, I survived naman. Sabi nga nila, life has to go on — no matter who/what we lose along the way.

On a happy note, I am excited to see what this year would bring us (a baby perhaps?). For sure marami pa ring challenges. Pero I know naman na as long as we keep our faith, we’ll be able to overcome everything in stride 🙂