After our quick stop-over in Umm Al Quwain, we went ahead to Ras Al Khaimah for the most interesting part of our trip — visiting a Ghost Town!

I never really paid attention when Rence was planning the trip. So prior to reaching our destination, I had some questions in mind. Do they call it a ‘ghost town’ because no one lives there? Or because it was haunted?  Are ghosts even real?! hahaha

So before you venture to one of the most photographic places I’ve seen in the UAE, here’s what you need to know…

According to a report I found on AlJazeera.com,

For decades, Jazirat al-Hamra – which means the red island – was a thriving maritime, pearl diving and trading hub. But between the late 1960s and mid-1970s, the couple of thousand people who lived there packed up and left.

There is some debate as to exactly why the villagers abandoned the town. Some say they were enticed by better economic opportunities in the capital, Abu Dhabi, following the creation of the United Arab Emirates in 1971.

Others point to the fact that the dwellings were too old and people across the country were being moved by the government into more modern homes with better infrastructure. Yet others cite a dispute between members of the al-Zaab tribe, one of the largest groups in the area, and the rulers in Ras al-Khaimah at the time. 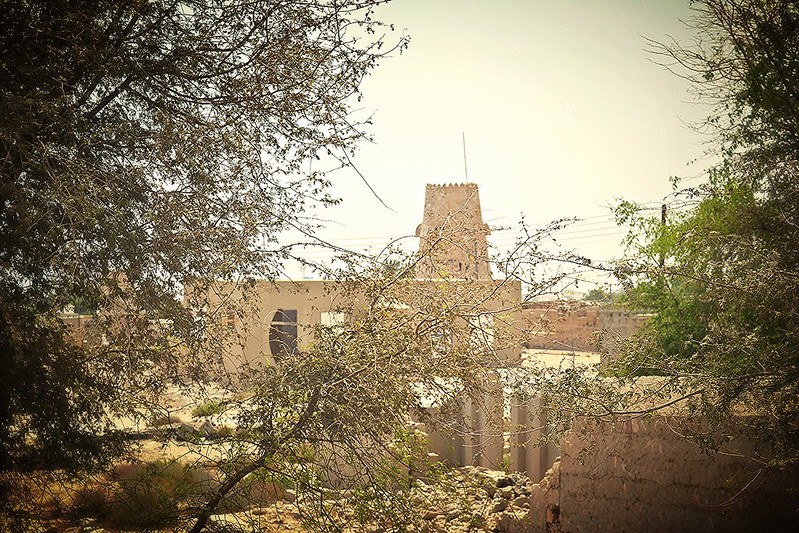 Anyway, equipped with Google Maps, we headed towards Ras Al Khaimah and drove on until we saw the whale statues (or dolphins?) which served as our landmark. We then made a U-turn, took the first street on our right and went straight until we saw the town’s fort-like entrance. 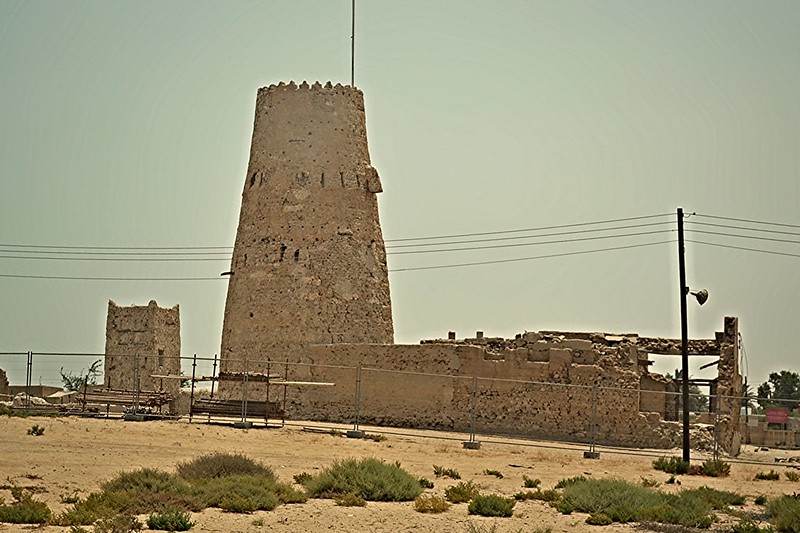 When we reached Jazirat, the whole place was literally deserted! Except for the ruins and some sad trees, there was no one there with us. We couldn’t even find a single soul to ask if we were indeed at the right place nor if we needed to secure any special permission before we could explore the village on our own. 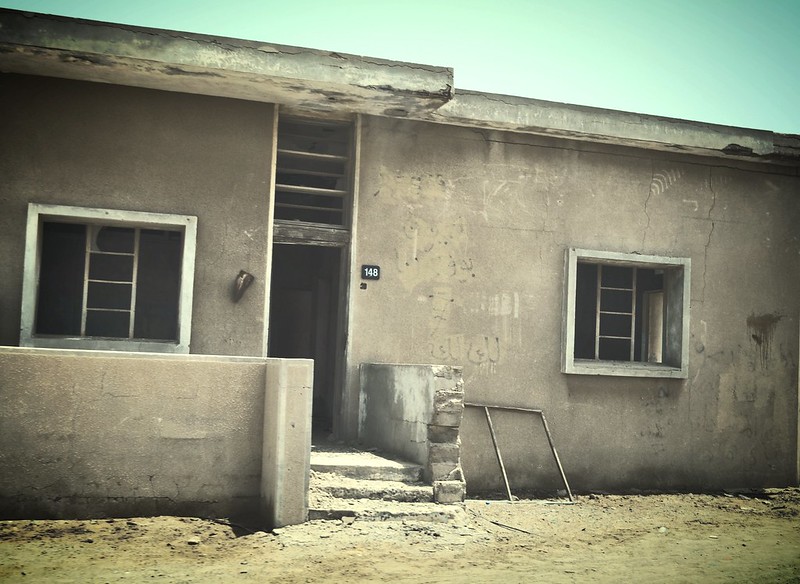 Driving by the empty houses, I felt a little terrified. It was like we were being watched through the broken windows. The awful silence didn’t help at all. The dreary and lifeless atmosphere in Jazirat was trully daunting. Not really advisable for a faint-hearted like me. lol! 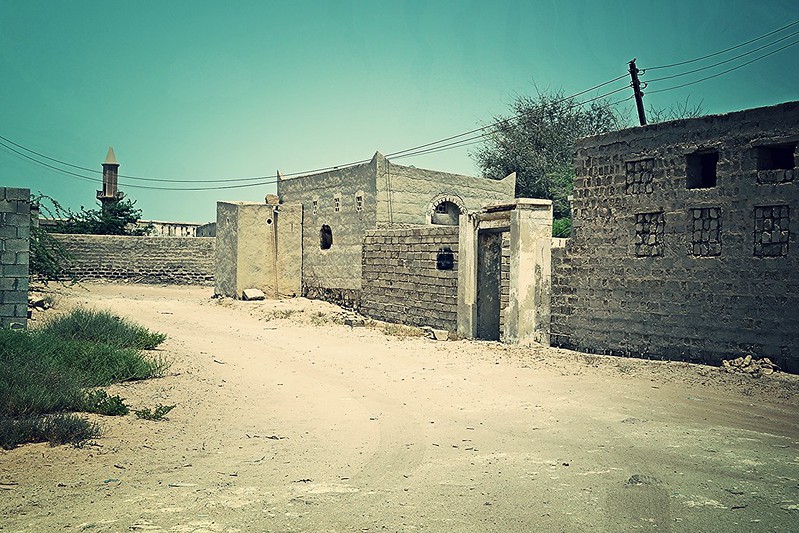 I’m still curious why people chose to abandon this village. Maybe they were really being disturbed by ghosts?! 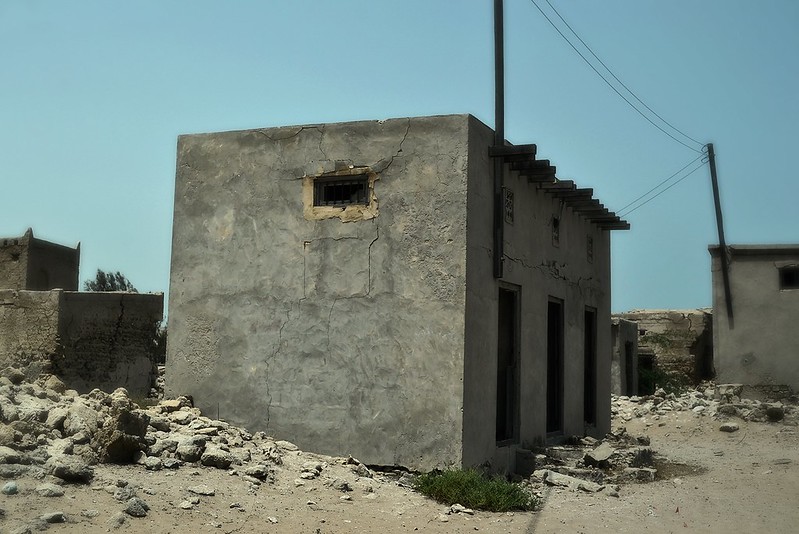 To think it was high noon when we visited. Imagine being left alone here in the middle of the night

We parked the car under a shade and hurriedly grabbed our cameras. We took as many photos as we could and quietly enjoyed the untouched piece of history presented before us. We could have ventured deeper into the village, however, the unforgiving heat of the sun deterred us from exploring further. 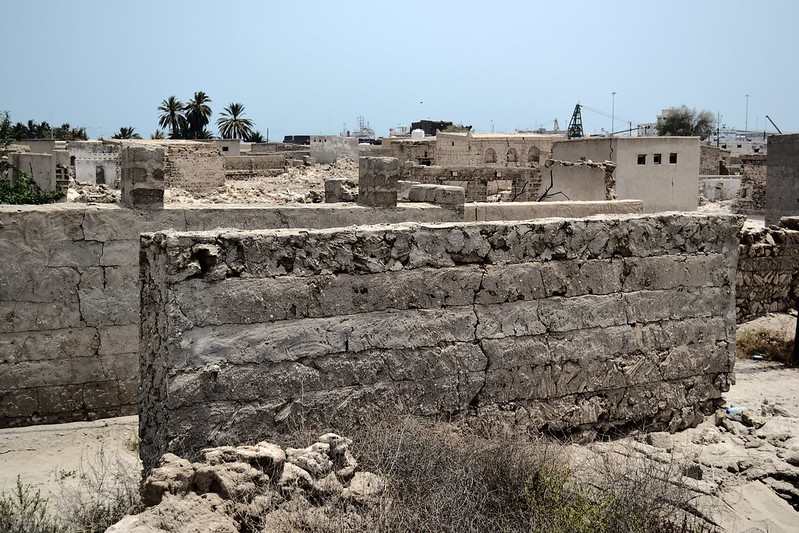 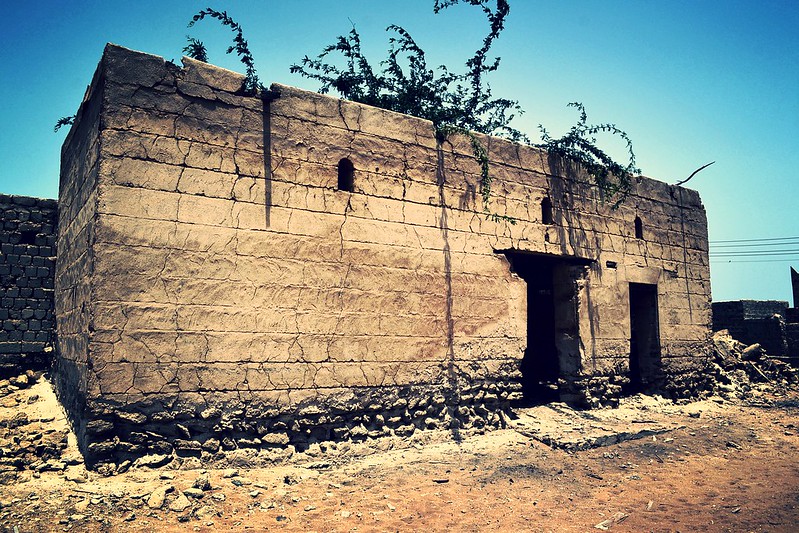 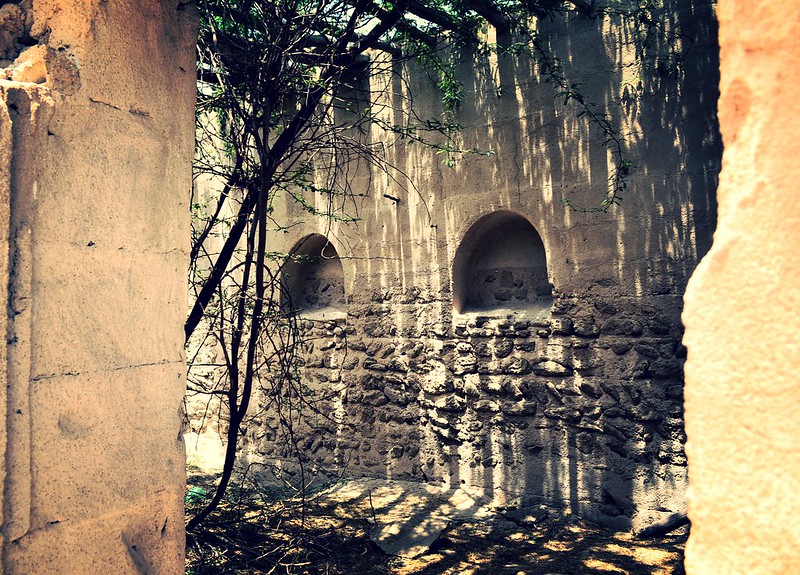 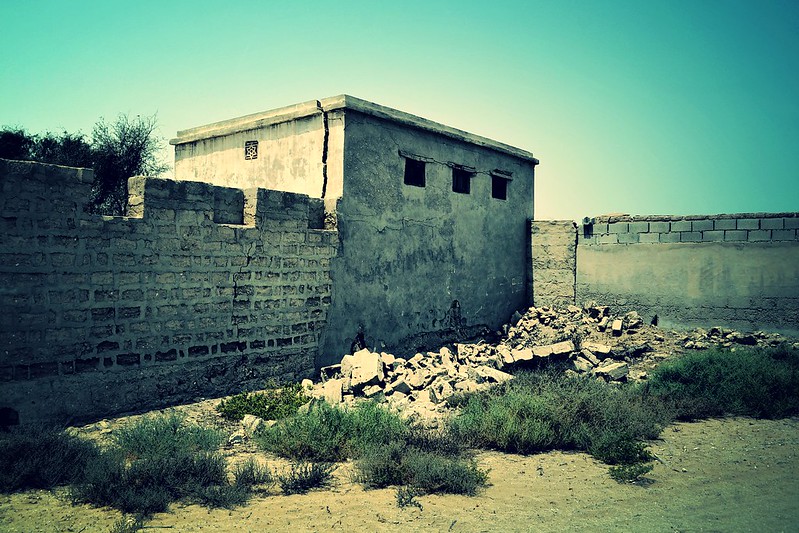 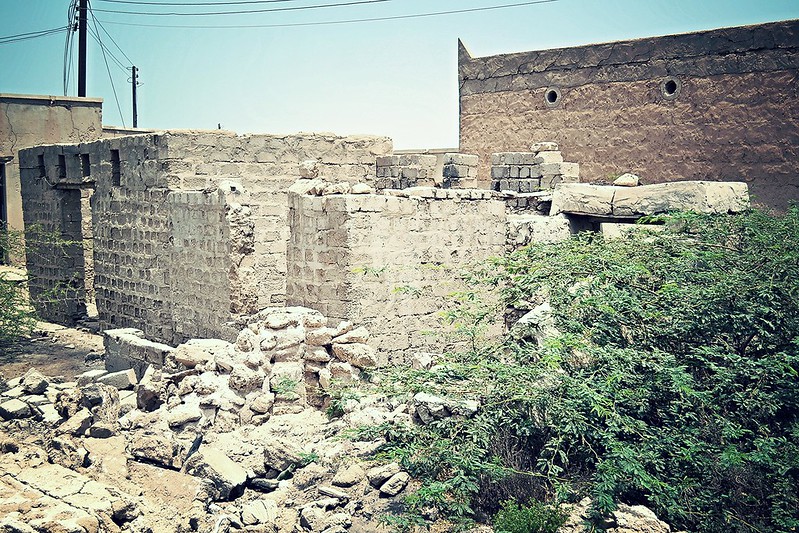 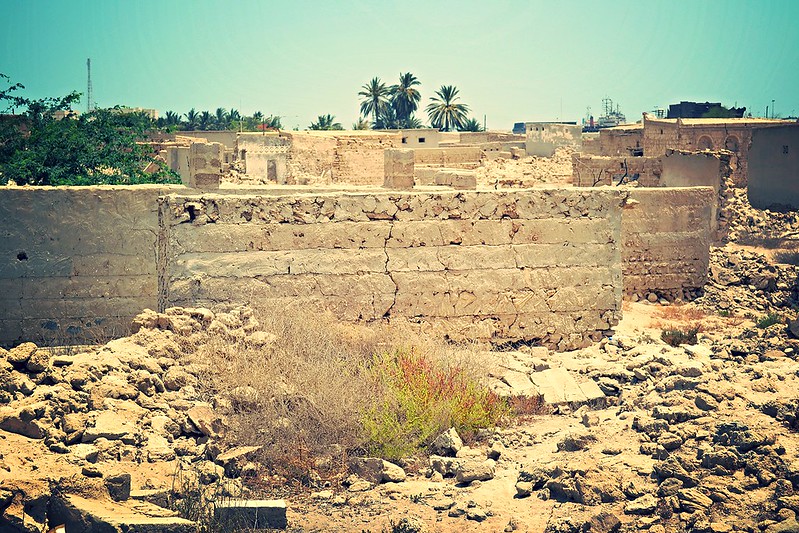 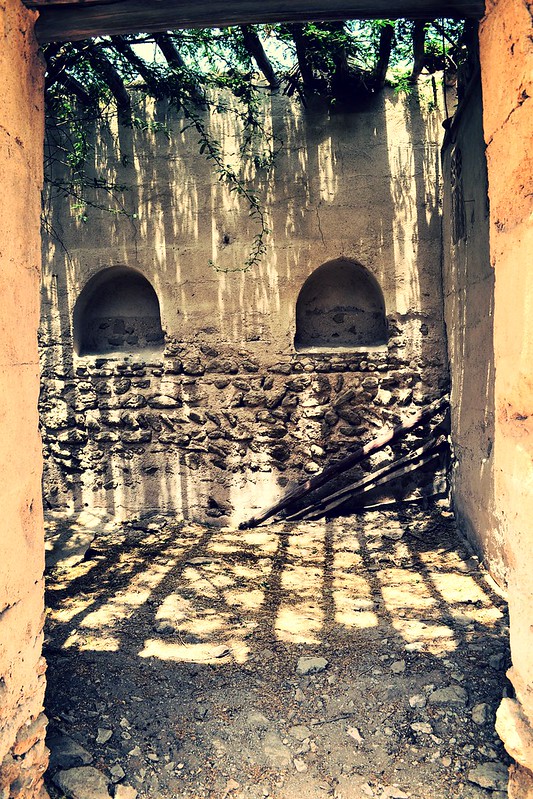 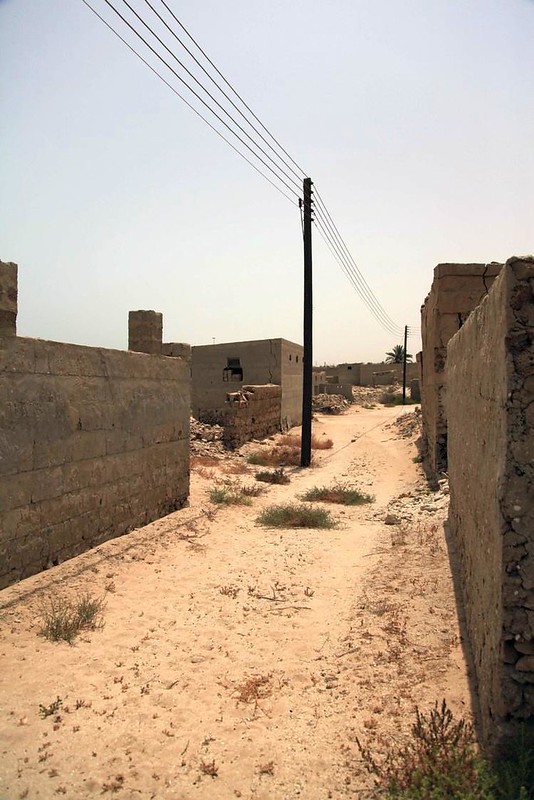 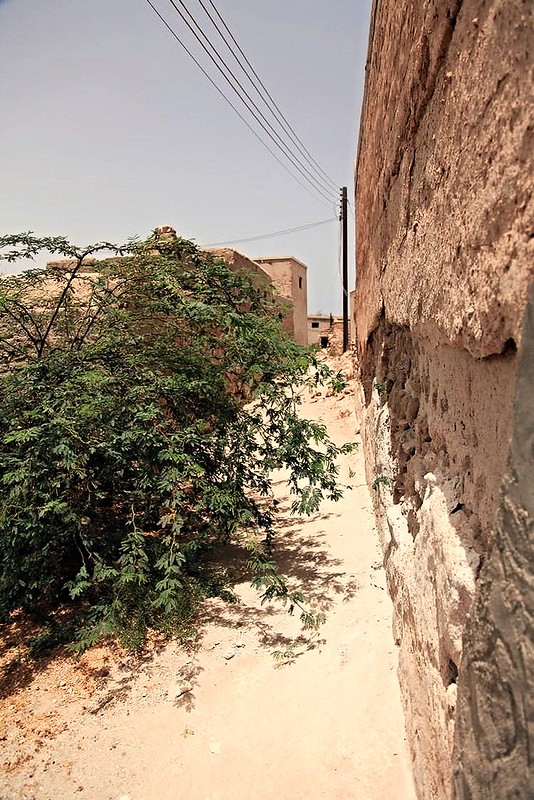 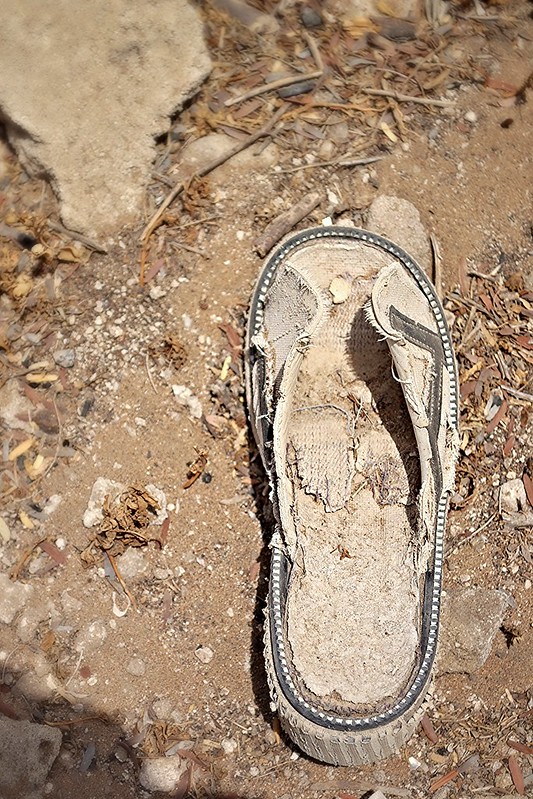 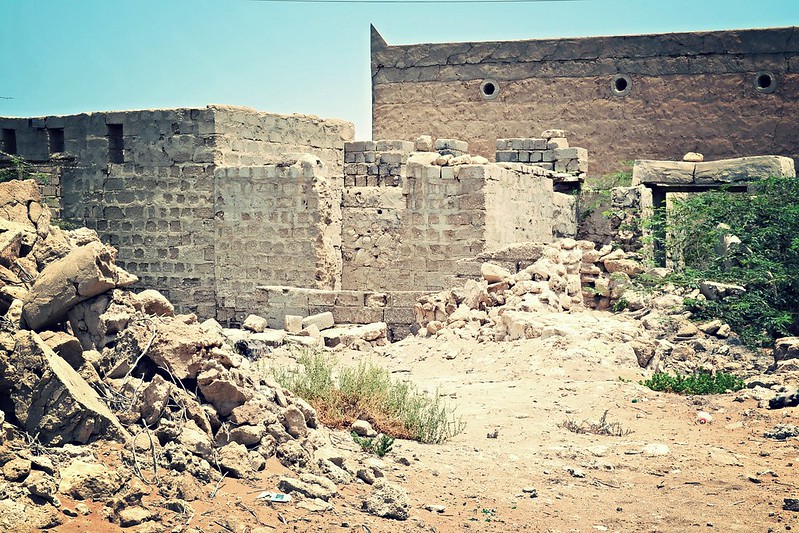 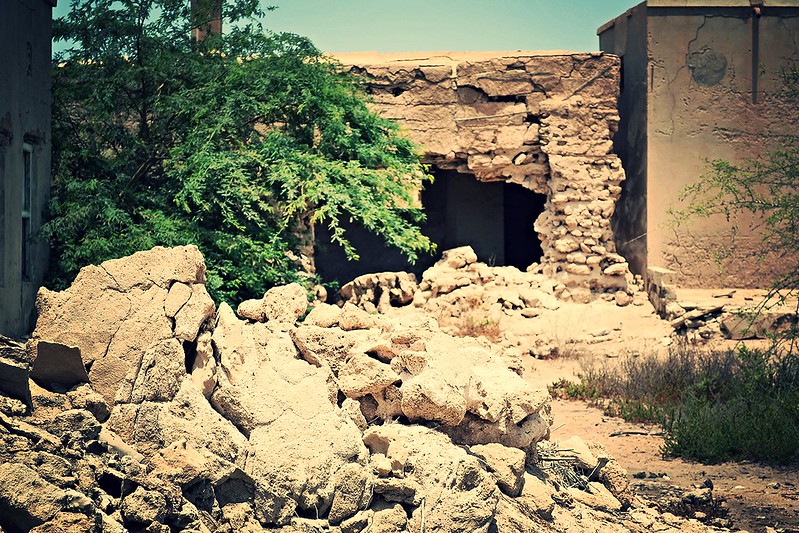 Living in Dubai where almost every corner has been developed into modern skyscrapers, I commend Ras Al Khaimah’s effort to preserve Jazirat Al Hamra. We don’t really know what happened to this town some decades ago, but through the crumbling walls and empty streets, this little village magically comes to life. 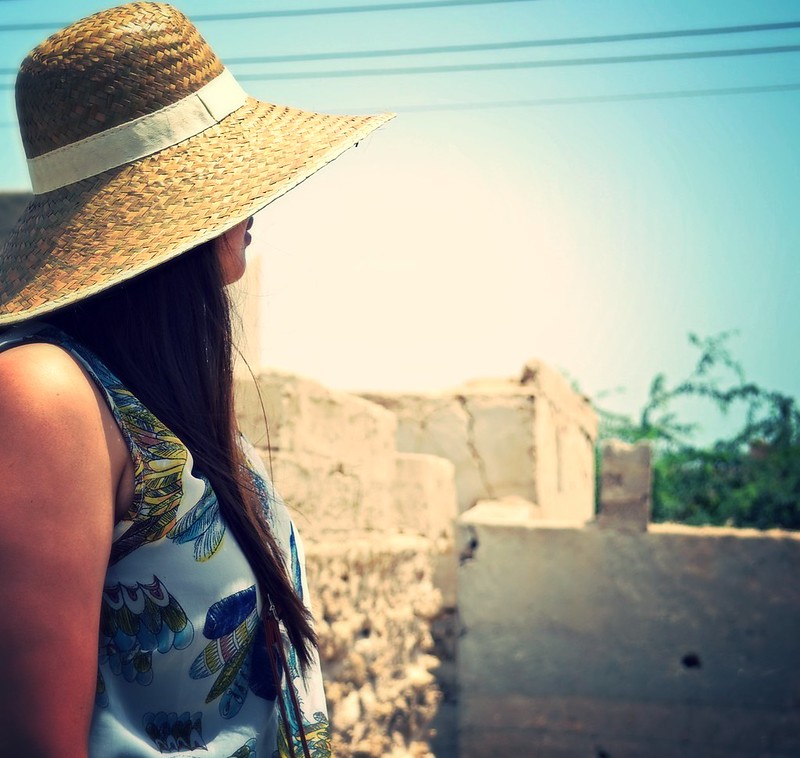 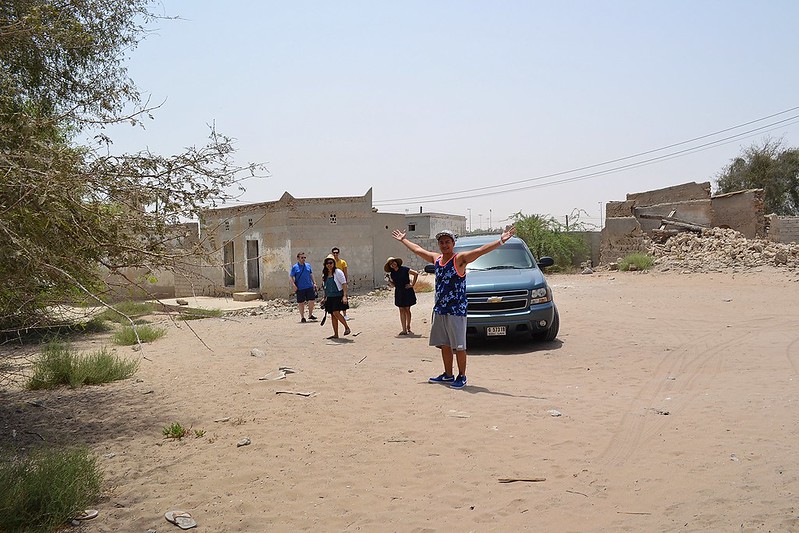 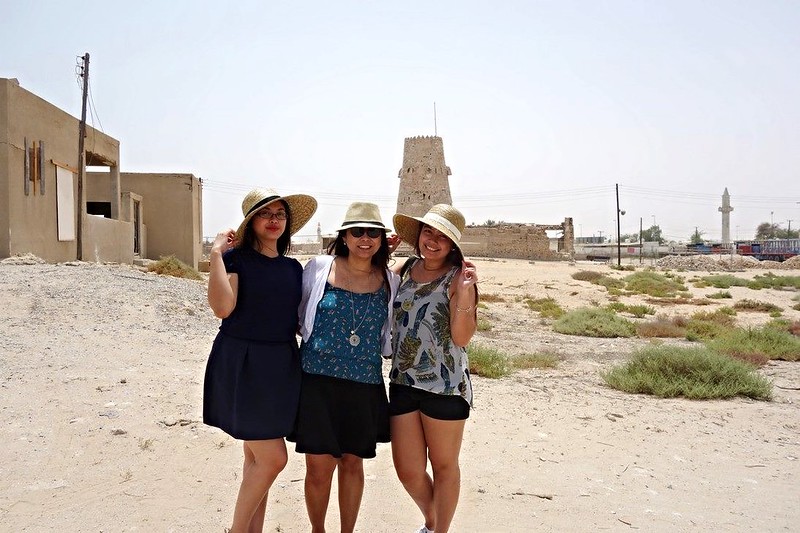 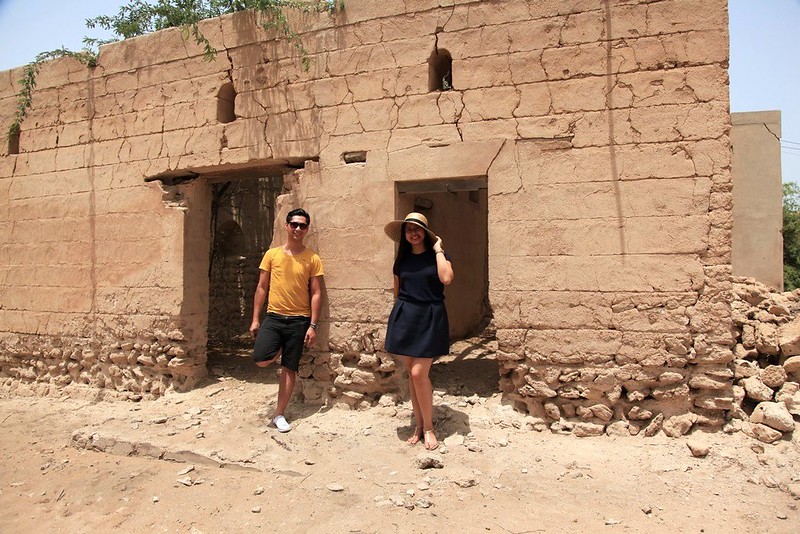 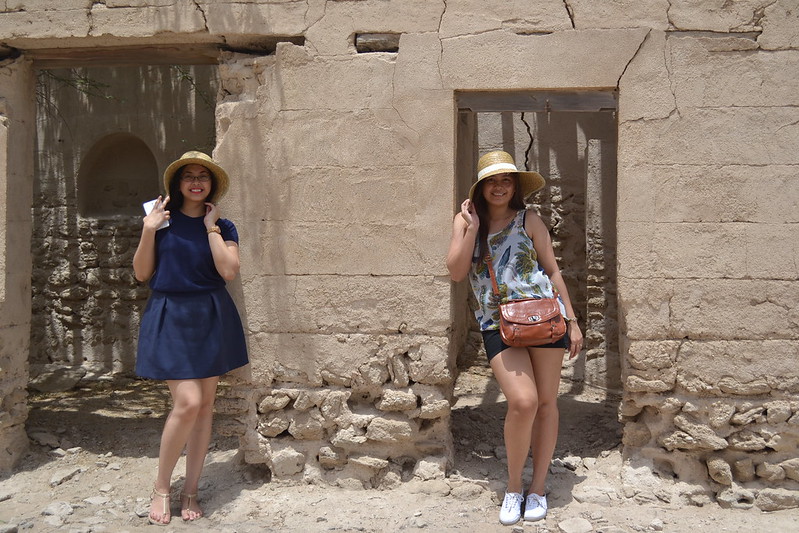 Ask me if we enjoyed our little ‘time travel’? The photos above say it all!

I highly recommend a visit to Jazirat Al Hamra but make sure you do it during winter season! 😉 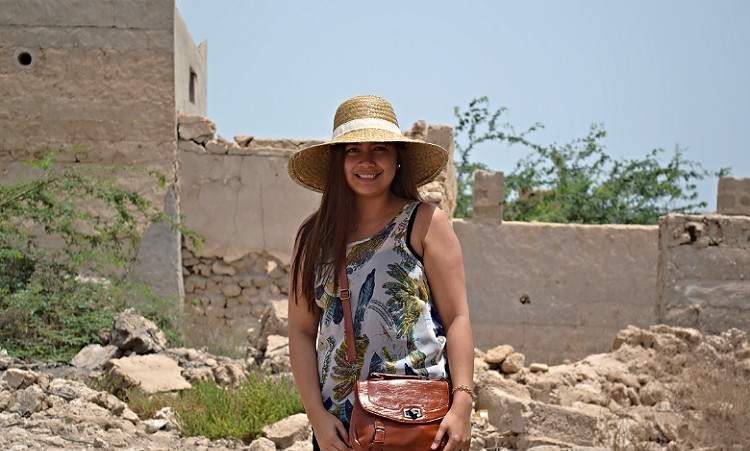 Good thing I brought my IKEA NIPPRIG hat with me 🙂

And now, here’s a clue on where we were headed next… 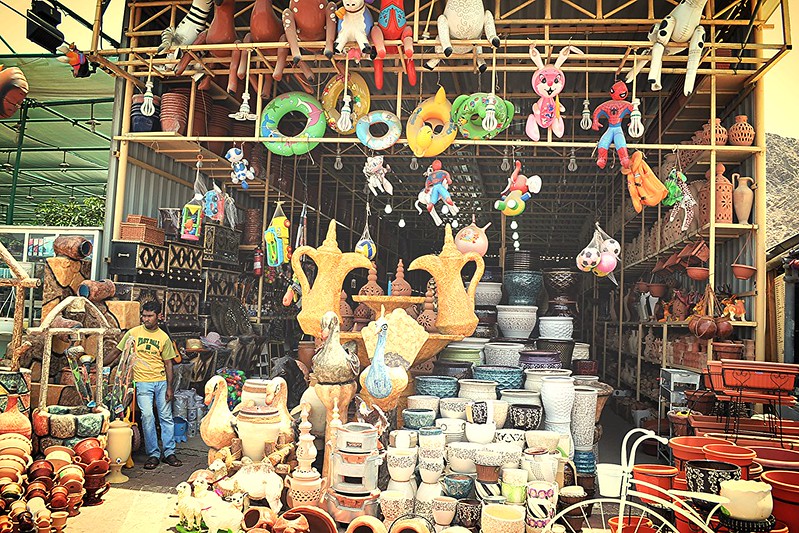