Last month, we invited our friends for a road trip to Abu Dhabi. We left Dubai very early on a Friday morning as we had two destinations in mind — Emirates Palace Hotel and Sheikh Zayed Grand Mosque. Ian also had to do some work on the side so we made sure we had ample time.

It only took us less than 1hr.30mins. to reach Abu Dhabi proper as my husband was driving like Dom Toretto from Fast & the Furious. hahaha But of course, within the speed limit naman. 🙂

By the way, speaking of the movie, do you remember this? 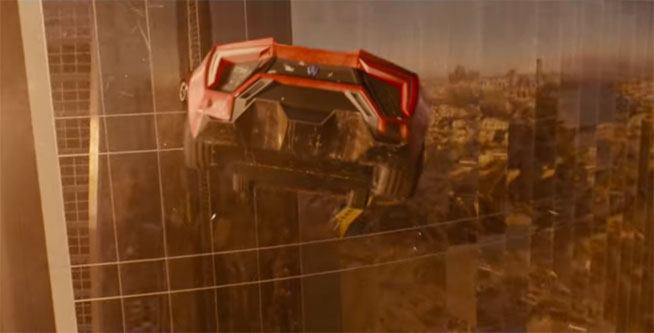 That breath-taking scene above ‘happened’ in Etihad Towers Abu Dhabi. During our visit, we were lucky to see the buildings up close which also served as background to some of our photos.

made more prominent by the movie Furious 7

Etihad Towers, which was built in 2006, is located just right in front of Emirates Palace Hotel. It has a total of five towers and houses a number of luxurious residences, elegant hotel rooms, prestigious offices, a wide range of restaurants and exclusive designer boutiques. 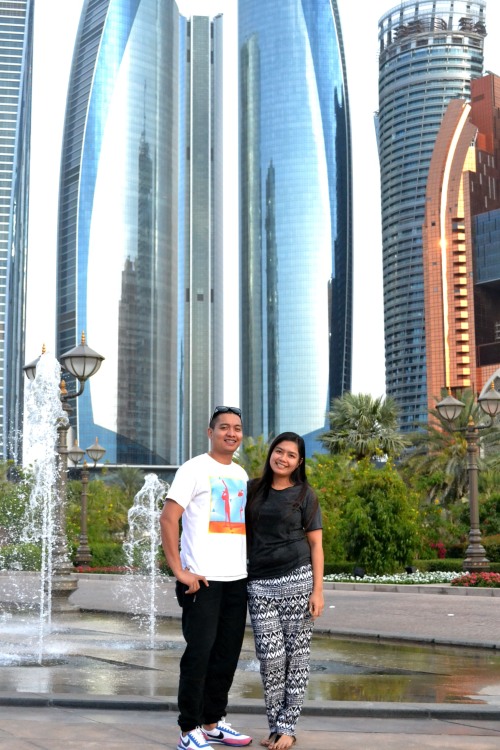 By the way, we were stopped by the guards while entering the gates of Emirates Palace. They wanted to know the purpose of our visit. Since we didn’t have any reservation, we doubted if they would let us in! Luckily, they let us pass after telling them that we just wanted to see the hotel grounds and take some pictures. Thank God they didn’t have any VIP guests that time 🙂 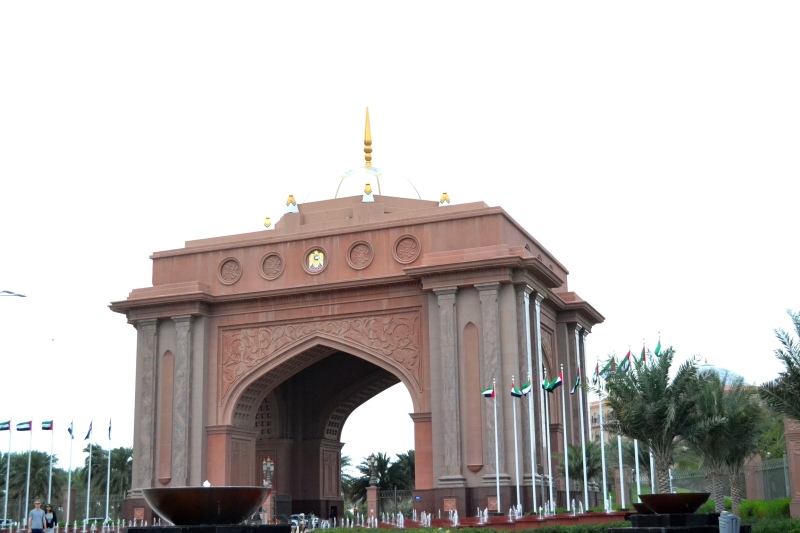 We were quite intimidated when we entered the parking area because it was full of luxury cars. Take note, not just the usual luxury cars ha!

Anyway, as soon as we got off, we walked towards the fountain area to see the palace in all its glory. Every part of the hotel was picture perfect. Everything around us was just beautifully built and maintained! Ang ganda lang 🙂

By the way, Emirates Palace Hotel is said to be the most expensive hotel in the world. The cost of building it was a whopping 3 billion dollars! It was opened in 2005 with the purpose of catering to world dignitaries, celebrities, and other VIPs. It is also considered a 7* star hotel alongside Dubai’s Burj Al Arab.

What I love about Emirates Palace is its Arabian themed architecture. It’s just refreshing to see a grand structure that shouts that you are indeed in the opulent part of the Middle East. 😉

See, I’ve never stayed in Emirates Palace before, but according to this website,

“Traditional decor is used inside mostly in silver, gold, marble and glass mosaics. The chandeliers are made of Swarovski crystal… And the simplest suite is called a Palace Suite.”

Soon as we reached the fountain area, we started clicking away. 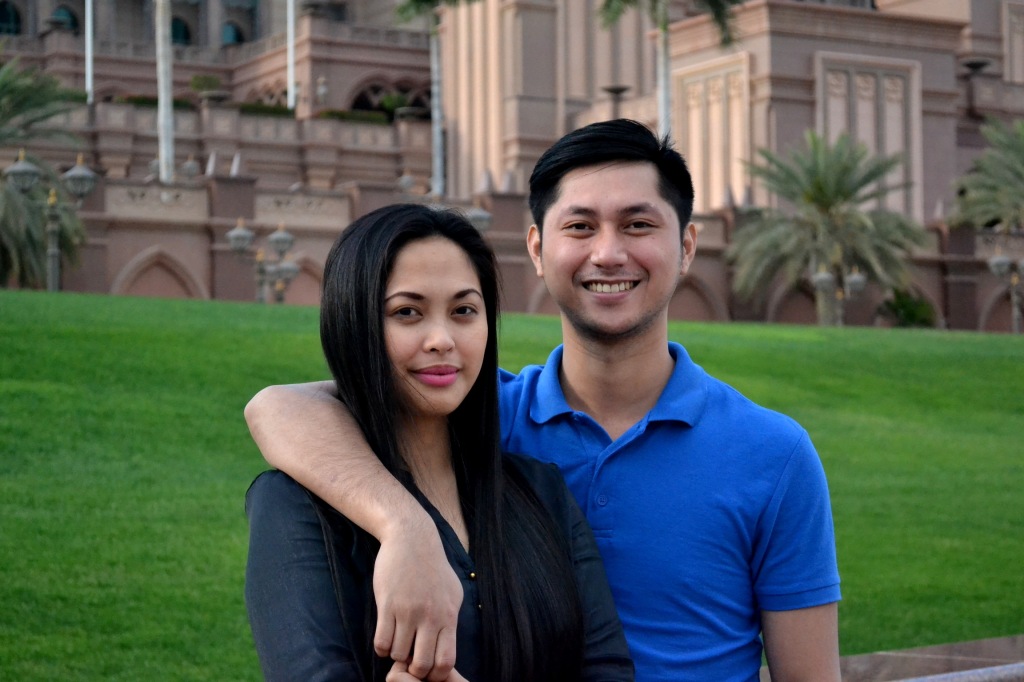 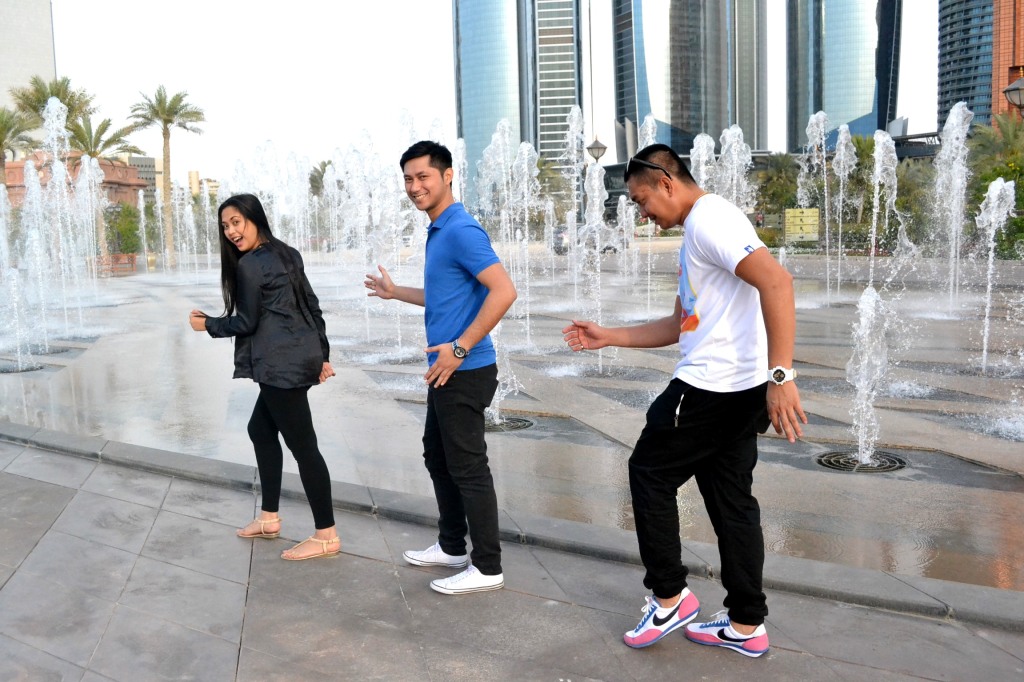 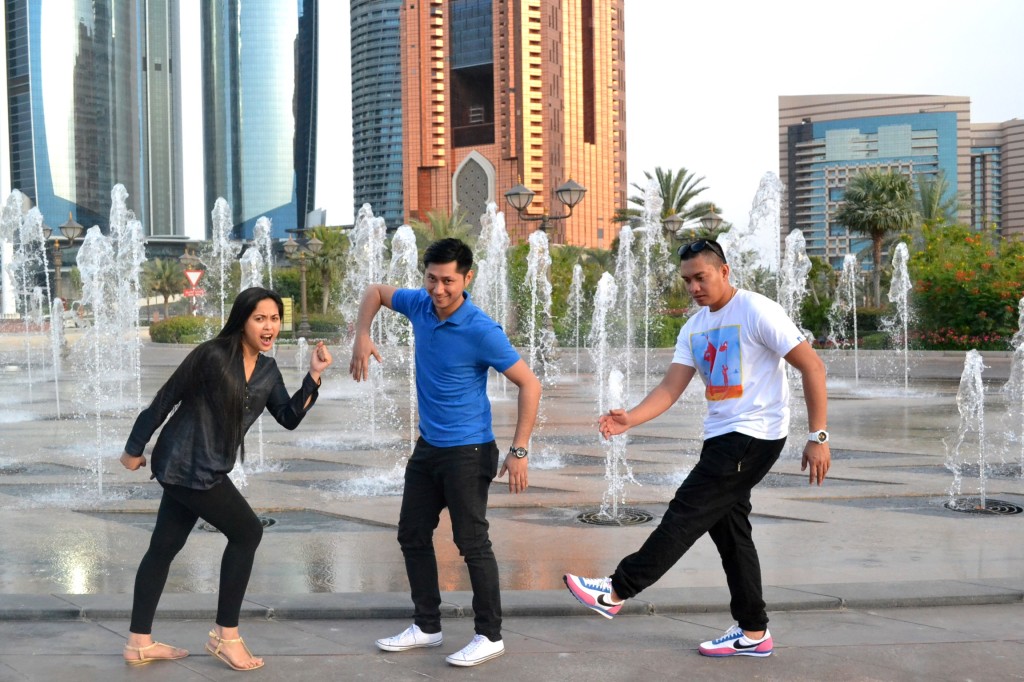 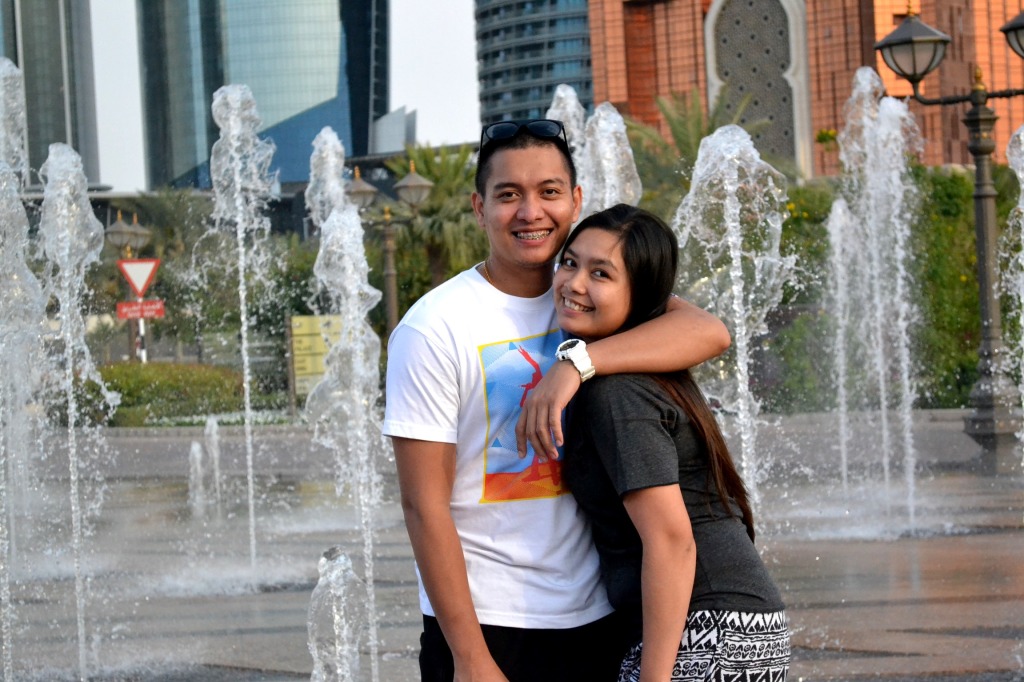 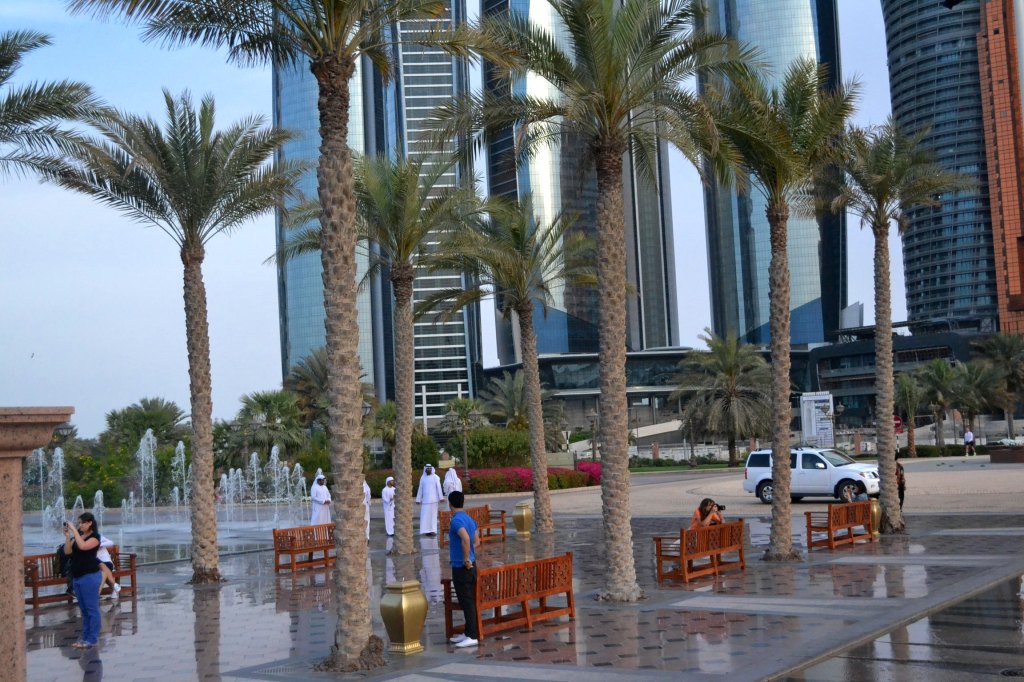 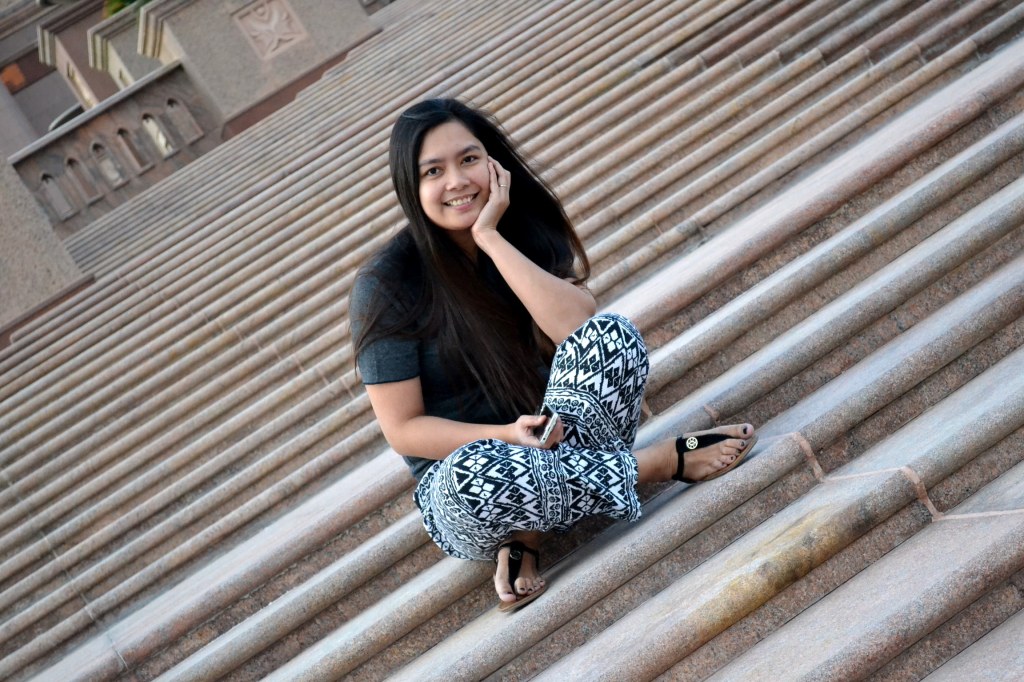 It was just amazing to have a view of Etihad Towers on the other side and the Emirates Palace on the other. We felt privileged coz’ not everyone is given the opportunity to witness the beauty of traditional and modern architecture all in one place. 🙂

For directions from Dubai to Emirates Palace Hotel, click here.

6 thoughts on “A Palace In the Desert”