After work, Ian invited me to watch the FIBA U17 basketball match between Philippines and USA. Being the non-basketball fan that I am, I wasn’t that interested but I still gave in as we didn’t have other plans anyway.

Good thing I joined him as I really enjoyed the whole game. 🙂

A little head’s up first. FIBA U17 league is an under-17 world basketball championship which started in 2010. It is organized by the International Basketball Federation (FIBA) . This year, the league is hosted by Dubai, UAE. It will run from 8-16 August 2014. There are 16 national teams competing for the title and our Team Batang Gilas Pilipinas is one of them. Other teams include USA, Japan, Italy, China, Angola, Canada, UAE, Serbia, Greece, Australia, Puerto Rico, Egypt, France, Spain, and Argentina.

The preliminary games are held in Al Ahli Sports Club while the championship will be in Hamdan Sports Complex. 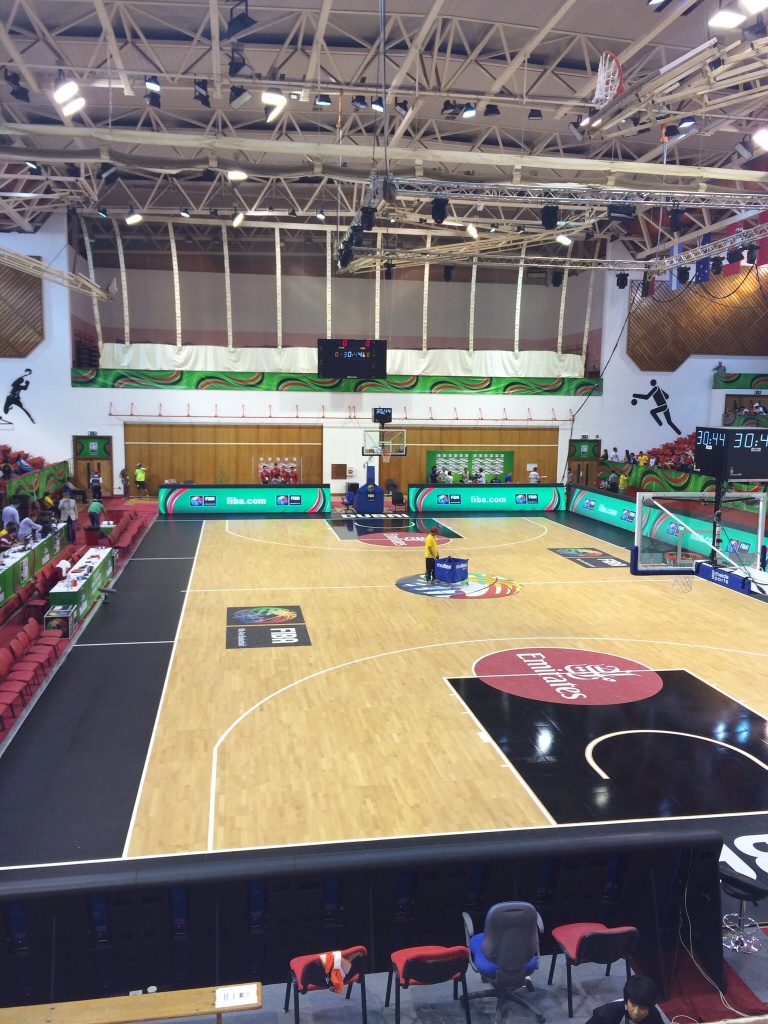 Philippines vs. USA match started at 6:40 pm. When we arrived, the bleachers were almost full already. We had to settle watching on the aisles which also had a good view of the playing court. 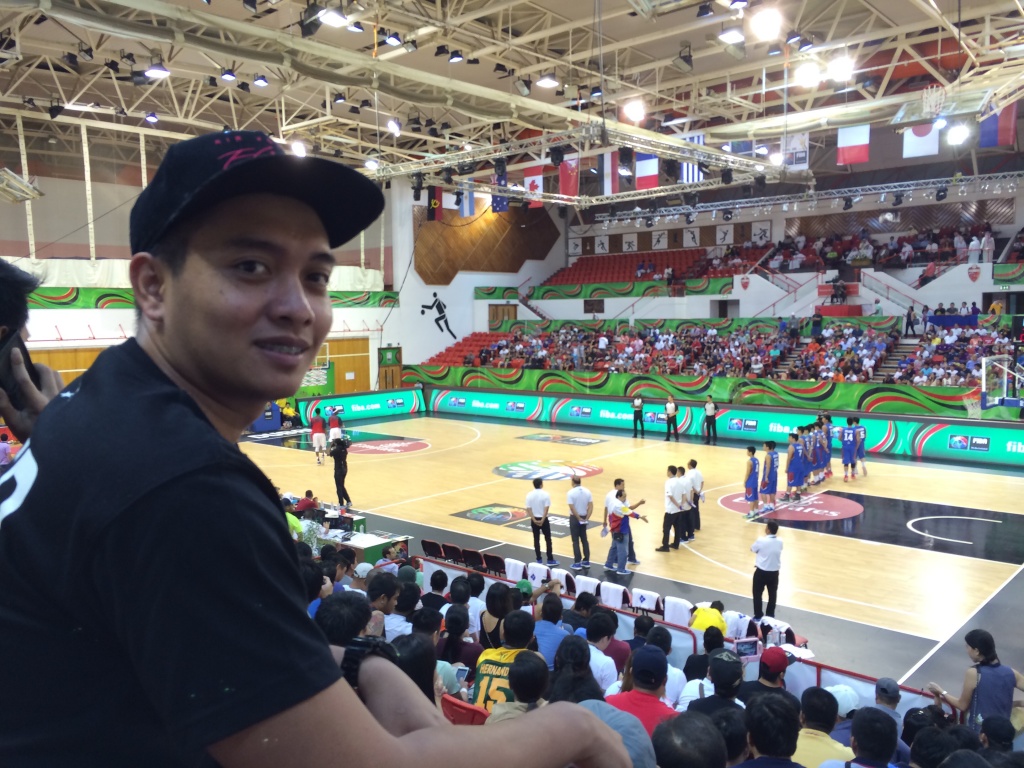 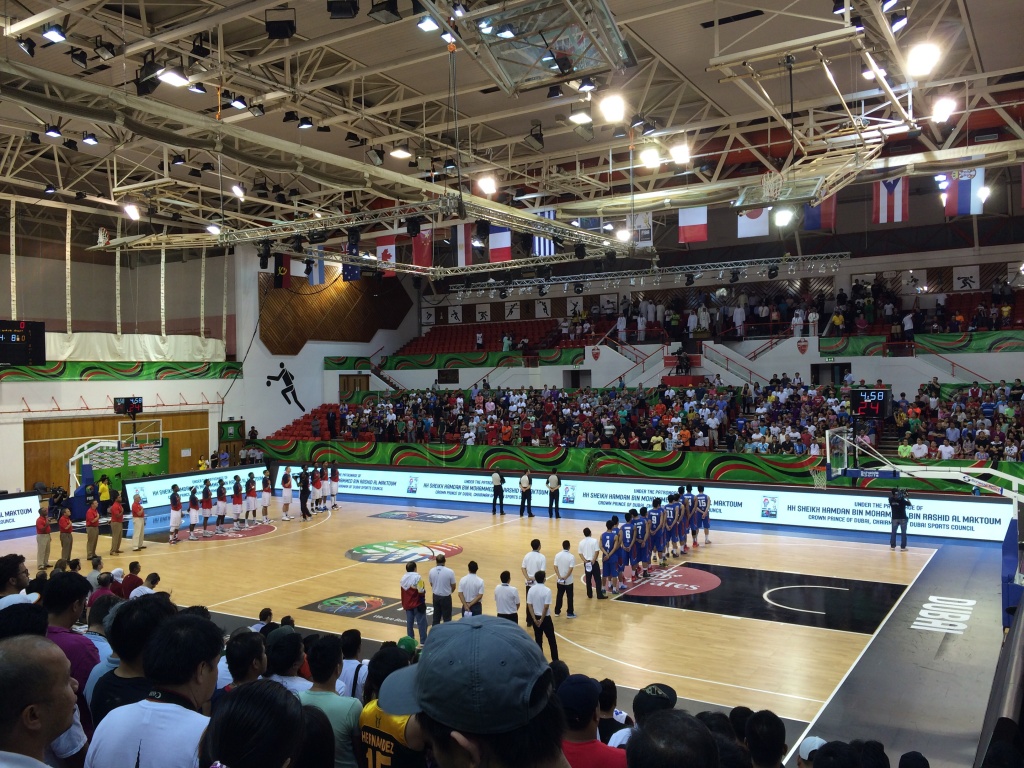 FIBA U17 – Philippines vs. USA

The game started with both teams singing their national anthems.

FIBA U17 in Dubai

The first few points went to USA but Philippines team wasn’t undeterred. And when they finally got their first basket, the whole arena went wild!  I can’t tell you how fun it was hearing those loud ‘encouraging’ cheers from the audience like Puso-laban and Boom panes! hehehe

The Batang Gilas team tried their best to score for the win but the towering stature of the USA players made it difficult for them. After the 2nd quarter, the score difference was more than 20 already. It grew bigger as the game progressed. 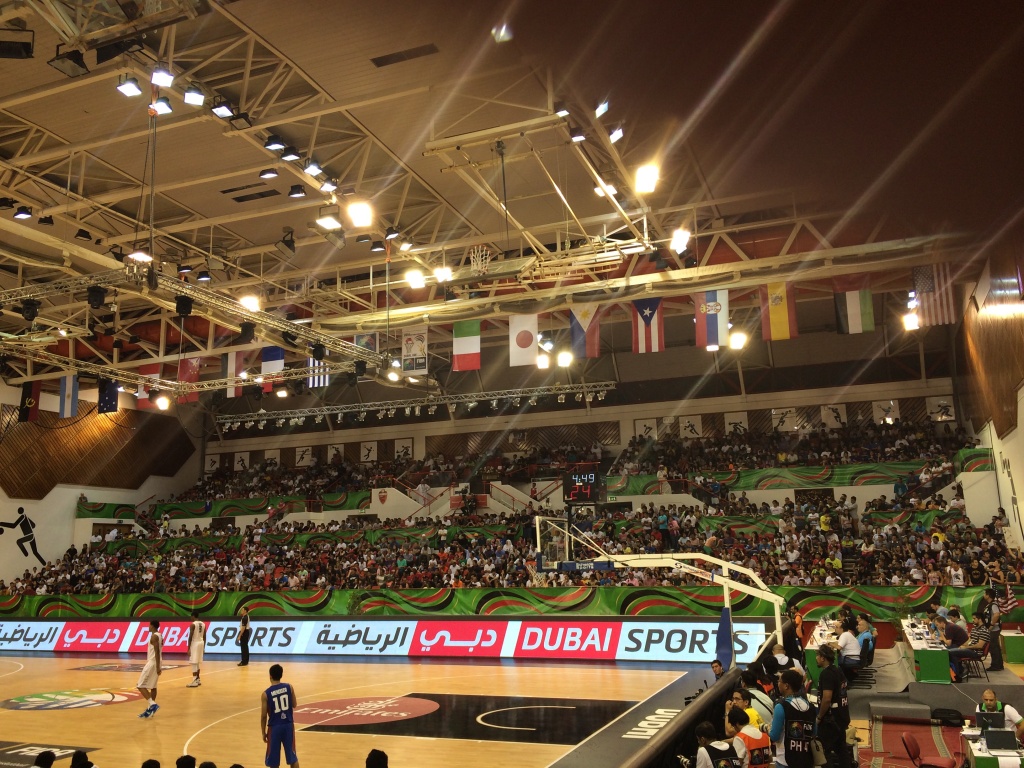 Seeing a lot of Kabayans in one place, united while cheering for the Philippines team gave me constant Goosebumps throughout the game

What made it an unforgettable match for me was the tireless and steady support given by the Filipino audience. Everyone was in high spirit until the last second of the game. Every score made by the Batang gilas was worth every cheer and applause as they really showed how persistent they were even if they knew from the start that winning over the USA team was a big challenge.

The final result was 124/64. It was a huge score difference but I am sure that all the Filipinos who witnessed the Pinoy’s undying determination are more than proud of what they have achieved. 🙂

After the game, the audience gave the Batang Gilas a standing ovation which they truly deserved. It was an epic match nonetheless!

Once again, the world has witnessed our trademark Filipino attitude — solid, positive, and resilient. 🙂

We may be scattered in different parts of the world but our hearts still belong to one, and that’s our beloved Philippines. 🙂

Proud to support our national team for FIBA U17 league, Batang Gilas Pilipinas!

One thought on “Day 100: FIBA U17 World Championship in Dubai (Philippines vs. USA)”